An investigation reopened last week into Turkish writer Orhan Pamuk, the 2006 Nobel Prize winner in literature, accused of insulting Turkey’s national identity in his latest novel. Nights of the Plague (2021). This is not the first time that accusations of this kind have been brought against Pamuk, but in the past all the accusations were dropped without a conviction being found. Something similar could happen this time as well, but the news is still picked up by the international media, as it shows one of the many crucial aspects of Turkish President Recep Tayyip Erdogan’s authoritarian government, regarding freedom of expression for Turkish writers. and educated.

Pamuk’s novel, one of the most famous contemporary writers, is set in the early twentieth century, on a fictional island in Turkey during the period of the Ottoman Empire. she has Among his sources of inspiration the fish by Albert Camus e fiancée by Alessandro Manzoni. He talks about the epidemic of 1901, describing a situation in some ways comparable to the current epidemic. Although the novel does not contain any reference to Mustafa Kemal Atatürk, the founder of the Turkish Republic and still a very popular figure in the country today, the prosecution believes that Pamuk was offensive to Atatürk and Turkish national identity in general.

The case began last April, shortly after the novel was published in Turkey, when a lawyer filed a case against Pamuk on the grounds of Law 5816, which provides for up to three years in prison for anyone who offends Atatürk’s memory. The matter then ended with a court in Istanbul acquitting Pamuk for lack of evidence. However, Smyrna’s lawyer appealed to another court that accepted him last week and then reopened the case.

The court’s decision was severely criticized. In recent years, Erdogan has intervened extensively in the country’s judicial system, among other things through a major reform in 2014, which his critics said would have significantly weakened the impartiality and independence of judges. This is why many judicial decisions taken in Turkey have been considered politically motivated.

Pamuk was already under investigation in 2006, the year of the Nobel Prize for Literature, because he spoke in an interview about Armenian Genocide It was made in 1915 by the army of the Ottoman Empire, which was inherited by Turkey. For a Turkish writer, talking about the Armenian genocide is not trivial, but also dangerous in some ways: for more than a century, Turkey has refused to recognize the genocide and interacts aggressively with foreign governments, intellectual and political figures. Who did.

Moreover, on the same occasion, Pamuk referred to Turkey’s persecution of the Kurds, another particularly sensitive topic for the Erdogan government, which in recent years has increasingly repressed the Kurdish minority. After these statements, Pamuk was investigated – as today – for insulting the Turkish national identity. The case did not lead to convictions.

– Read also: What was the Armenian Genocide?

according to pencil (Poets, Essays, Novelists), an American organization for freedom of expression, in 2020 Turkey indicted about 25 writers, hiring many, because their publications were deemed offensive. pencil He expressed his support for Pamuk and the same they did The publisher of his novel and the Turkish Association of Publishers (TYB), according to which Turkey’s climate of intimidation amounts, in fact, to censorship, because It threatens freedom of expression and the free circulation of books and ideas.

See also  Here's how it's possible (according to science) - Corriere.it 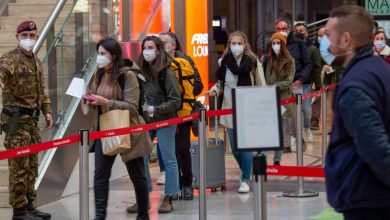 The same vaccine, but you can’t go in: appears yellow streaked 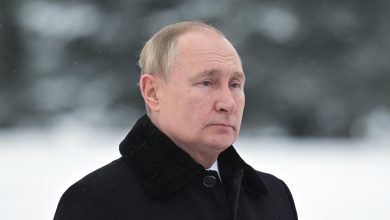