This time Larry Kosella of AMMONYC had the pleasure of making the 992 Porsche GT3. The gorgeous is of an unusual model, but it is very difficult to clean.

Throughout its history, Porsche has launched its own style and made millions of fans dream about it. The high-performance GT3 line was launched in 1999 on 996 models. The reasons why the Stuttgart technicians squeezed every horsepower of the engine had to do with homologation with the FIA ​​GT3 Cup. Indeed, the first GT3 throughout its history has been an era in the Porsche Carrera National and Regional Cup Championship and GT3 Cup Challenge Series, as well as in the Porsche International Cup in support of the Formula 1 World Championship.

The first GT3 is born for racing, there were no “road” elements. It was a naked and raw sports car, without components that could weigh it down. Through the rear seats, soundproofing, rear speakers, sunroof and air conditioning. What made the difference, of course, was also the standard flat-six engine with a built-in dry sump. In Stuttgart, they designed a special naturally aspirated engine, based on the unit used in the Porsche 962 and 911 GT1. Racing cars in the track environment were known as the “Mezger”, the engine created by designer Hans Mezger. The engine featured the 911’s original air-cooled dry sump crankcase with an external oil tank.

The 996 GT3 produced 360 hp (265 kW) compared to 300 hp (221 kW) for the standard 996. A big difference caught the attention of fans right away. The GT3 engine was similar to the 962, all-water-cooled, based on the same crankcase. The difference is that the GT3, like the air-cooled and water-cooled 959, uses two cylinder heads, each covering a bank of three cylinders. Everything is designed for maximum performance. The GT3 was launched with a lowered, recalibrated suspension, larger brakes, lighter wheels, and a new front bumper with a rear spoiler for increased downforce. And so the car was fixed to the ground.

5 years later, in 2004, Porsche used the 996’s restyling to launch the new GT3. Engine power came out to 381 hp (280 kW) and torque to 284 lb-ft (385 Nm), 80% of which was available from 2,000 rpm. The GT3 used a Carrera 4 body, but with a completely different performance. From 0 to 100 km/h, the car sprinted in 4.5 seconds, while the quarter mile happened in just 12 seconds. Exceptional driver and tester, Walter Ruhrl, completed the Nürburgring Nordschleife in his new GT3 in 7 minutes 56 seconds, a heroic feat that the Stuttgart house used to advertise the supercar.

The popularity of the car grew more and more. Porsche rode the wave by also revealing a version of the GT3, renamed the RS, that was more track-focused. RS stands for RennSport, which literally means “racing sport” in German. In 2006, Porsche introduced the 997 GT3 with a new 3.6-liter six-cylinder engine with 415 hp (305 kW). The performance was great. The car took just 4.1 seconds to go from 0 to 100 km / h and the maximum speed was 311 km / h. Three years later, the updated version arrived, with an extra 20 horsepower and exciting options like dynamic engine mounts and a pneumatically raised front axle to compensate for the lower ground clearance.

The 991 GT3 was introduced at the 2013 Geneva Motor Show. Eyes were immediately on the more aggressive lines and the new 3.8-liter six-cylinder direct-injection engine producing 475 hp (349 kW) at 8250 rpm. The Doppelkupplung Dual Clutch Transmission (PDK) has been added to the rear wheel steering feature. The GT3 was able to sprint from 0 to 100 km/h in 3.5 seconds, while the quarter mile in 11.2 seconds at 203 km/h. In 2017 it was the turn of the updated version 991.2 GT3 with amazing performance. For the first time, 500 hp was reached.

The car shown in the video, which is bright red, needed a good check up. The great GT3 immediately required a thorough shampooing and cleaning with a specific product from the workshop. Although it may seem like a simple task, each individual procedure involves the use of high-level equipment and a great deal of experience. The technician used a vacuum cleaner to remove the accumulated dirt. Note the difficulty of extracting stuck leaves. After that, the car was raised which is a great opportunity for true enthusiasts to take a closer look at the bottom And all the aerodynamic accessories of the car. The perspective is very exciting, and Larry Kosella showed every detail of a very supercar.

The work is done to the smallest detail, so as to spare no effort. The goal is to make GT3 shine like never before. The car’s red paint has been meticulously chosen to return the model to its former glory. Kosila Syed. go into the wash This is a very old Mercedes. Another exciting case was the relative case To the legendary Lamborghini Countach car wash, left to rot for 20 years in a garage. Notice how Kosilla uses the sander and then polishes the body. after long treatment, We notice that the GT3, under the light, has changed the opacity we initially liked. The most famous technicians of the Big Apple managed to make a Porsche shine, as if it had just come out of the Stuttgart factory. The before and after can’t be missed. At the end of the video, the gas will make you smile again. We leave you to watch the video without revealing other details. 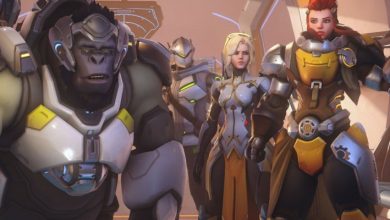 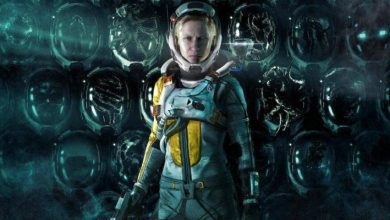 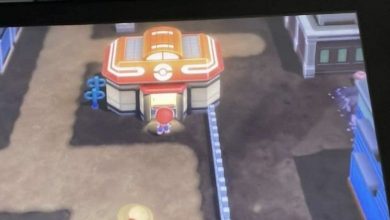 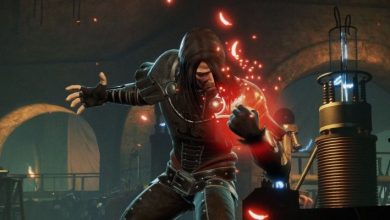