Labor leader Keir Starmer has embarked on a path to return the party to political center and leadership in the United Kingdom. Thistles, however, are not lacking. Danielle Meloni’s point of view

Newly elected as leader of the Labor Party, Sir Keir Starmer has set out on a path – partisan and political – to bring Labor back into government. He moved to the center, stopped calling for a second referendum to cancel Brexit, wrapped himself in Union Jack and reclaimed Blair’s legacy. Extensive programs for sure. However, for a former British Crown Counsel, there is no shortage of thorns. Last week Starmer visited NATO headquarters, where he met NATO Secretary Jason Stoltenberg, and reaffirmed Labor’s commitment to the organization. A commitment that goes back as long as the government of Clement Attlee and the then Foreign Secretary, Ernest Bevin, signed the UK’s accession agreement. That was in 1949. Restoring the Biffin, Western, and Atlantic traditions is key for Starmer to abandon Corbynism, always lukewarm toward, if not openly against, NATO. Jeremy Corbyn stated at most that he “before the UK’s placement in NATO” ahead of the 2019 elections.

Thus, to strike a low blow for Starmer was Young Labor, a youth party association made up of boys aged 16-24, mostly fans of Corbyn and the activist group called Momentum, still struggling to change the party. The axis is on the left. With a particularly harsh tweet, the young Labor party broke up Starmer’s trip to Brussels, emphasizing how for them the UK should “abandon NATO” and become “a force for world peace”. So, controversies over Sir Keir’s left flank have continued, after he defied Congress while presenting his report in September 2021.

However, two other events last week disrupted the Labor Party’s march back to power. First of all, London Member of Parliament Neil Coyle’s comment due to a racist comment made in a Westminster buvette. Canterbury MP Rosie Duffield then opened up to journalist Christopher Hope of the Daily Telegraph about her unity within the party, the constant harassment of expressing her views against gender ideology, and defined the struggle against gender. Anti-Semitism of the new leadership as “empty rhetoric.” Duffield will have to decide these days whether to leave the movement and become an independent deputy. Or, as some suggest, whether to take the reverse path of Bury MP Christian Wakeford and move from the Labor minority to the Conservative majority by joining the Conservative Party.

The result of all this chaos was evident in polls by YouGov and Redfield & Wilton, which showed Labor always ahead of the Conservatives but by only 3 percentage points, when the gap in previous polls was double digits. Sir Keir’s wake-up call: Usually, at this point in the legislature, the opposition party is well ahead of the government. The fading of the party scandal – despite its willingness to revive a new revelation and with the Metropolitan Police investigation – showed the modesty of the current Labor political proposal focused on criticism of the prime minister and the few, and internal divisions from the match. If Johnson isn’t laughing, Starmer surely doesn’t look much better. 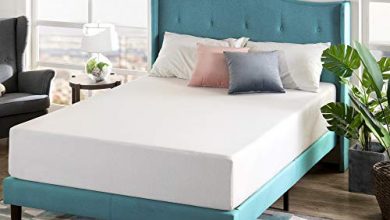 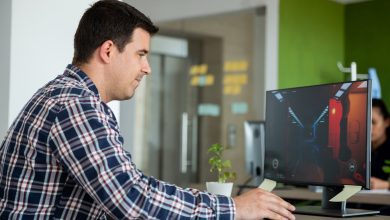