“I can assure you, as far as Russia is concerned, that there will be no attack on Wednesday. There will be no escalation either next week, next week or next month.” The Russian ambassador to the European Union, Vladimir Chizhov, told Welt, rejecting any hypothesis of an imminent attack on Ukraine. Then Chisov added: “Wars in Europe seldom begin on a Wednesday.”

The Kremlin is more visible. There are problems in NATO’s assessment of the situation.” Thus, Kremlin spokesman Dmitry Peskov said that NATO’s analysis of troop movements on the border with Ukraine is wrong, according to reports from Interfax. The statement came later in the morning, NATO Secretary-General Jens Stoltenberg said The alliance “has not experienced any de-escalation on the ground” despite Russian announcements about the withdrawal of some military units.

Beware of the European Union

The head of European diplomacy, Josep Borrell, expressed the same caution this morning in the face of the announcement of the withdrawal of Russian forces from Crimea, stressing that it was necessary first to “check” it. Commenting on the news on Radio France Inter, the EU’s high representative for foreign policy said that withdrawal “if it is undoubtedly true” would be a sign of relaxation. But, he added, “we should always check.”

So was the President of the European Union Commission Ursula von der Leyen at the plenary session of Strasbourg. NATO has not yet seen clear signs of backing down. I think diplomacy has not said the last word but now we have to see the facts as well as the words.” Regarding gas, von der Leyen specified: “We have considered all possible disruptions if Russia chooses to use energy as leverage and I can say that we are safe this winter. We have developed with member states emergency measures that we can implement if we reach a full-blown crisis: more than 200 LNG ships are arriving in Europe,” he added, “but we must also invest to free ourselves from dependence on Russia for gas.”

After Kiev, the Minister of Foreign Affairs and International Cooperation Luigi Di Maio is on a mission to Moscow tonight to meet with the Minister of Foreign Affairs of the Russian Federation Sergey Lavrov, which will take place tomorrow morning, Thursday, February 17. “Minister Di Maio’s mission – which took place after the mission in Kiev – is part of the comprehensive work that Italy is doing with its European counterparts and with the main international partners in favor of a diplomatic solution to the crisis on the border between Russia and Ukraine”, stresses Farnesina. 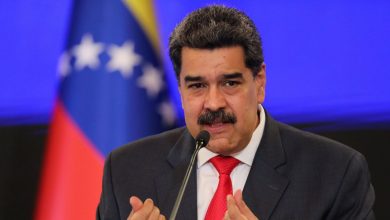 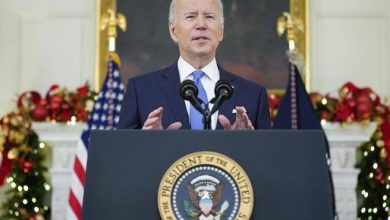 Biden, home checks and calls to get vaccinated. “But don’t panic, it’s not March 2020” – Corriere.it 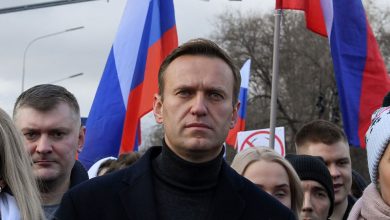 Russia is stepping up pressure on critic Navalny, with a new investigation