Jorge Masvidal, MMA Star, and his movie story: Dad arrived on a tire from Cuba to Miami and then in jail, secret fights, fast food, sacrifices, and villa like Scarface. And tomorrow another chance to become a hero

At the dawn of the fourth day, the pigeons were the signal: the elder Jorge Masvidal had succeeded. The bird landed on the tire of the tractor he and his friend took off from Cuba, and Jorge said, “Let’s eat it.” The other replies: “No, it is a signal from God.” “Exactly, an indication that we should be eating it.” There are conflicting accounts about the end of the bird, but yes, it was a hint: Jorge was little more than a teenager but with his crazy project he managed to get to the United States that way. It was 1971, and if crossing sounds familiar to you, yes: it’s the same crossing you’ve seen on Scarface a thousand times. Less adventurous, of course: Me Marilitus They arrived like Tony Montana nine years later and embarked on real ships, packed like sardines but on real ships. But likewise, escaping from the Castro regime was at one point the first and only option for both Tony and Jorge. Fast forward to the recent past: October 31, 2019, Madison Square Garden, Ufc fighter Jorge Masvidal, junior this time, introduces himself to a face-to-face ritual against Nate Diaz. The opponent has a black T-shirt and a very grumpy face, Jorge instead a fleeting cat smile, long hair gathered in a bun, white dress, long-necked red shirt that stands out on the jacket like two identical two-year clutch bag. Again, remember well: It’s the same outfit as Tony Montana in Scarface. 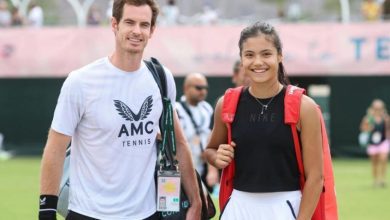 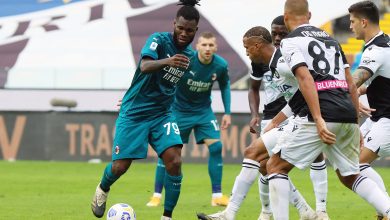