04/30/2022 – 01/07 – A plaque at the intersection of Corso Italia and Via Santa Caterina da Siena states that here “The first American consulate was located in Trieste since November 7, 1797According to who posted it, this is it.US Embassy in Italy, June 1, 1990“, The”Old and renewed friendship certificate“.
The recording dates back to the period of intense relations between Europe and the United States. When, after the fall of the Berlin Wall and the shock of the disappearance of the Soviet Union, the globalized world seemed to set off on the path of Western liberal democracies. The “American” model, as historian Francis Fukuyama predicted, has triumphed. However, even with the irony of the twenty-first century, as a result of the Middle East conflicts and the crisis of 2008, there is little truth in the relations between Trieste and the USA, Trieste and the United States. The city’s port was in fact among the first to recognize the rebellious nation and establish trade relations; Driven, more by the ideals of the Enlightenment and the revolutionaries, by the capitalist enterprise and the like entrepreneur. The nature of the frontier city of Trieste in the eighteenth century, after the granting of the Porto Franco License (1719) and the reforms of Thérèse, has been compared to the American urban core at the beginning of the nineteenth century: Immigrants without history. And precisely for this fertile ground for reckless and hard growth. During the 19th century, Trieste was periodically compared to American ports. The construction of the old port itself traces the development of American transit ports. Trieste like Philadelphia, Trieste like Buffalo. From the twentieth century onwards, nostalgia enveloped the city, and history took root in its more intimate roots: now weary of our past, we Nietzsche are its slaves.

The first attempt to establish a trading relationship with North America occurred in 1763When the merchant Filippo Fabriani He sent his request to Empress Maria Theresa. The proposal was rejected by the courtroom, but it aroused lively interest from the Austrian Coast High Trade Office.
The owner of the store is originally from Antwerp Giovanni Ignazio van Verbotten proposed in 1781 To Trieste Governor Carlo de Zinzerdorf Statutes of the Distinguished Insurance, Trading and Discount Company, “I am sure his Excellency will understand how important free ports to His Majesty’s States in America and the Antilles are to the Austrian ship trade.”
Following the United States’ declaration of independence, in August 1782 Captain Lugarozzi left Trieste by ship.American“286 tons and 12 crew members; and the boats soon imitated the Lativita and La Vigelanza.” The trade exchange included the sale of farm implements, brandy, russolli, local wine, iron from Carinthia, flour, salted meat, wax, and fabrics; in return, Lugarozzi had bought raw sugar Produced by the plantations of the Antilles, and intended for the Campo Marzio refineries in Trieste and Fiume.
In the 1783while the conflict with England was still raging, native of San Domingo de Roissy He came to Trieste to propose a trade relationship between the rebellious British colonies and the Austrian Empire. A group of merchants from the Trading House of the Distinguished Company in Trieste and Rijeka allowed them to be persuaded by the American messenger and prepared an imperial ship, “La Capricciosa”, for a diplomatic-trading mission. The ship came to Philadelphia The November 7, 1783 And he resold Austrian goods with great success: from Istrian wine, to Moravian fabrics, to Silesian oil paintings, to Styrian rim irons. Profits were so high that in the city itself the Austrians financed the construction of a second merchant ship, the “Conte di Brigido”; While the name “La Capricciosa” was changed in honor of the American city.
The Baron was also present on the ship Belen von Bertov, who was appointed by Emperor Joseph II as “trade advisor Cesario Reggio” to enter into new economic relations with the young American nation. Why did the king not appoint him a consul? It was a political move, because “since peace has not yet been made between Great Britain and the rebel colonies, he does not want to be the first sovereign in Europe to recognize the sovereignty of that republic which has risen up with arms against the legitimate authority of the King.”

See also  The Rise to Success of Niall Keating

After the Peace of Versailles (1783) and the Treaty of Friendship between the United States and Austria (1785), trade continued during the Napoleonic decades between the eighteenth and nineteenth centuries, especially after the French destruction of the port of Amsterdam (1795). was the first president George Washington to promote the opening of a consulate in Trieste on 7 February 1797; It was the second on the entire European continent, after the French city of Bordeaux. It was the Congress of the United States that insisted, considering “the fame of the activity and the foreign credit of this omnipresent merchant arena and the good reception which all the flags of friendly nations have in this free port under the protection of the wise. The laws of the SCR Apostolica Maestà and his zealous government … in order to renew Beneficial trade relations, which have been somewhat interrupted by various fluctuations. ”
president John Adams He was appointed as the first US Consul John Lampson of Massachusetts (December 24, 1799) who succeeded, under the President’s government Thomas JeffersonBaltimore merchant William Reagan (February 4, 1802). A painting depicting George Washington, which is in the Attilio Hortés Library, was donated by Lamson himself during his years in Trieste. Only in the first year of the new century (1800) did the first American Commodore arrive in the meantime:SukiBy order of Captain Samuel Sweet of Salem. It was the beginning of an intense collaboration, which was to culminate in the ‘American’: the twentieth century.

Sources: Aldo Colleoni, The geopolitical role of the consuls in Trieste from 1732 to 2006Trieste, Italo Svevo, University of Trieste, 2006 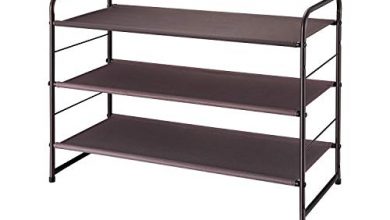 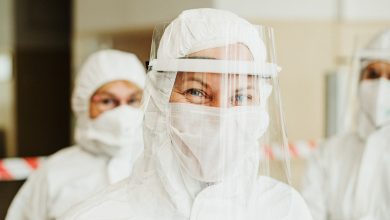 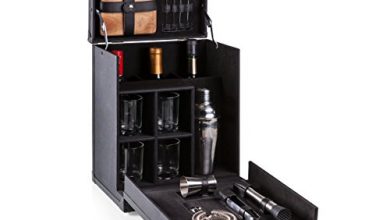