Renegade swimmer climbs the podium in 200 butterflies, Federico Burdiso He takes a deluxe bronze in Phelps’ most beloved race with an Italian record of 1’54″45 on the day the Azzurri go in search of glory at the Tokyo Aquatics Center. Burdisso collects the medal and then says he doesn’t even want to compete “with all the pressure I’ve been under, Those games were weird to me.” Merisi made it to the final in the 100 freestyle, and the torpedo coming from Turin passes for the third time, 47″ 52 and is now used to being among the greats. He’s hoping for a great result tomorrow and now Dressel gets to see him (almost) up close. And Federica Pellegrini left the free 200’s style, which she had dominated for years, with a heart. Fourth place in Rio was the stunned face of those who missed out on the big opportunity, and seventh place in Tokyo had the smile of those who feel good about themselves.

During the Italian evenings, bronze also came from the rowing “4 Senza”, the team that went into the water with Marco de Costanzo instead of Bruno Rossetti, has tested positive for Covid, along with Matthew CastaldoAnd Mathieu Ludo NS Giuseppe Vecino. Complex final, even after the last switch. The Italian team started the race at a fast pace, then when Australia came out it stayed behind but in the last five hundred meters it started back in the fifth lane: in the last rowing, from 4 Great Britain invaded the Azzurri space almost risking a collision and perhaps slowing the pace of the crew in search of second place. The protests of the four blue runners were shaken at the end of the race with the British competitors.

Filippo Jana Now vying for gold in a time trial. In the first intermediate (9.7 km) he is the fastest of all time with 12’56”37. Halfway through the race, he came third, behind Roglic and Dumoulin by eight seconds of deprivation.

Saber men’s team, Italy in Final: at 12.30 they challenge South Korea for gold
Brilliant achievement for Team Blue Sword that beat Hungary 45-43 and qualified for the final, subject to another medal, gold or silver, for the fencing trip. At 12.30 Italian time was the match against South Korea, which beat Germany 45-42. Luca Coratoli’s last attack was decisive against three-time Olympic champion Aaron Szilagy, but it was Aldo Montano who put the Azzurri back in the race when they lost 25-30. The Azzurri had a poor start but made a comeback in the later stages: first Aldo Montano climbed from 25-30 to 32-35, then Enrico Peri in good shape made the Azzurri lead 40-39 before a final attack in which put Coratoli 5-4 in a run against King Sword, Szilagy. The last hug with Luigi Samelli, who had to give up after the first attack due to a muscle problem, was great. Aldo Montano was great too: the player from Livorno with a +4 score between hits given and received, Perry (+3) while Coratoli, the youngest in the group and immediately eliminated in the individual test, was brilliant with Tsilaga. For Italy, the men’s team saber will be the 21st Olympic medalist, in the last participation in London 2012 Montano and his companions finished with a bronze.

Surfing: Camboni 2 ° and Maggetti 4 / a after 9 regattas
Medal scents by Mattia Camponi and Marta Magetti windsurfing at the Tokyo Olympics. After the first 9 races in the boats, the blue Camboni took second place in the standings after the Dutchman Badloe. In the women’s race, Maggetti was instead always 4/a after the first nine regattas

The elimination of tennis, Camila Giorgi and Fabio Fognini
Camila Giorgi was knocked out in the quarter-finals of the tennis tournament at the Tokyo Olympics. The blue team was defeated 6-4, 6-4 by Ukrainian Elina Svitolina. After nearly two and a half hours of play, Fognini (2-6, 6-2, 2-6) surrendered to second seed Daniil Medvedev.

Swimming, Simona Cuadarella in only fifth place in 1500
Blue Simona Cuadrella closed only fifth in the 1500 freestyle final at the Tokyo 2020 Games with a time of 15.53.97. She lost the blue match between the first and the first with American Kathleen Ledecky, who went on to win the gold medal at 15.37.34, to her compatriot Erica Sullivan with 15.41.41 silver. The bronze went to German Sarah Koehler.

“I tried it up to 900-1000 metres, I felt like I was struggling but I tried until I had the energy, and then I didn’t have any more. I’m not looking for excuses but I was a bit lucky, given my gastroenteritis two weeks ago due to which I lost three kilos. Miracles do not exist, sorry for me and those in Italy who woke up to follow me. I did my best.” Simona Cuadarella says she is crying after a disappointing fifth place in the 1500 freestyle. ‘In the 800 I went to 8’20” which is a very good lane – the Roman swimmer notes in light of the next race – and that means for the 800 I have the strength and will definitely seek redemption there. I don’t know what will happen, I promise nothing but I will try to the end as I tried Now.Christian (Minotti, Coach, Ed) told me we can’t invent anything, miracles don’t exist but he saw I tried and he was happy though.Now I don’t have to give up because we already have the next game and then the next Olympics is approaching. .. ».

Boxing, Irma Testa is the first Italian woman to win the medal
Irma Testa is certainly a medalist indeed, but she still has to wait to get into the ring to understand what color she will wear around her neck. Blue won 5-0 in the Olympic boxing quarterfinals, 54-57kg class, and won a safe medal, a historical fact: she is in fact the first for Italian women’s boxing. The 23-year-old from Torre Annunziata will face a Filipino opponent in the semi-finals on July 31, but in the sport there is no final for third place, so at least she’ll get equal bronze.

Rowing: the four oars of Italy take fourth place المركز
The Italian crew of Essippi, Montesano, Lizzie and Gobi finished fourth in the women’s pairs final at the 2020 Tokyo Olympics. China won the race ahead of Poland (silver) and Australia (bronze).

Federico Bordiso bronze in the 200 butterfly category
Federico Bordisso won the bronze in the 200 butterfly at the 2020 Tokyo Games. He finished the blue at 1.54.45 behind the unstoppable Hungarian Kristof Milak, and the gold and Olympic record with a time of 1.51.25. Silver medal for Japan’s Tomorrow Honda at 1.53.73. “It was not one of the best times but in finals like this it is important for him to put his hand up and fortunately I finished third. There is some regret because if I reach my fullest potential physically and mentally, there was another place – so Federico Bordiso after third place. In the 200 butterfly final -.I’m a bit stressed and anxious these days – he reveals – I’m not like that boy but this look is bigger than me and I’m still inexperienced. If I come here and know I can play for a medal, I feel pressure. I think I’ll face 100 dolphins more carefree.”

Bronze in “4 Without” Rowing
At the 2020 Tokyo Olympics, Italy took the bronze in 4 without rowing. The blue crew made up of Matteo Castaldo, Matteo Ludo, Marco di Costanzo and Giuseppe Ficino, arrived behind Australia and Romania. Shortly before going into the water, Italy had to replace Bruno Rossetti, who had tested positive for Covid, with Di Costanzo. 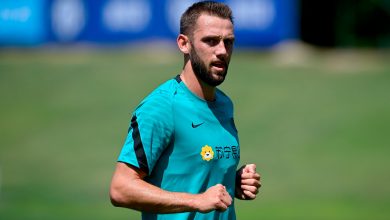 “Inzaghi is ready, Inter is a winning team”