Pictures that have arrived through photo agencies in the past few hours show the first results of the Russian invasion of Ukraine: the bombing of civilian buildings, the remains of military aircraft, those who remain and those trying to leave the country. Most of the photos come from the capital Kiev, where at the moment it is difficult to understand what the situation is: the presence of Russian armored vehicles was reported in the northern Obolon region, and at the same time some foreign correspondents reported hearing shots and explosions in the city center.
However, according to the Ukrainian army, these military movements do not indicate that the bulk of the Russian forces have actually reached the city, but rather the responsibility of the infiltrating Russian groups. The Mail Follow updates with a live blog, here. 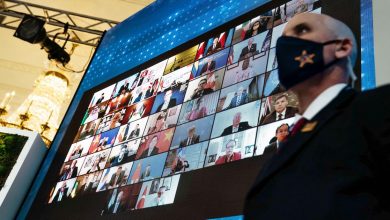