On Tuesday, American chemist Charles Lieber, a world-renowned scientist specializing in nanotechnology, He was found guilty by a Boston court that he hid his trade relations with the Chinese state. Punishment will be decided in the coming weeks, but Lieber risks ending up in prison for several years. Lieber’s case has been pursued for some time by the American scientific community, and accordingly could have repercussions for the liberties traditionally guaranteed for academic research.

Lieber, 62, is on leave from the Harvard Department of Chemistry, of which he was chair, and for years was considered among the leading contenders for the Nobel Prize in Chemistry for his research.

His troubles began in 2018, when officials from the Ministry of Justice questioned him about his connection to Wuhan University in China and his participation in a controversial Chinese government program to fund foreign academics. Thousand Talents Program (TTP), which was launched in 2008 and is still active.

Maintaining links with a Chinese university and participating in a TPP is not per se illegal in the United States. However, in 2018, the Donald Trump administration launched an operation China Initiative, to control these relations more rigorously: in fact, it has forced dozens of eminent scholars to openly publicize their relations with China. To this day, the US government confirms that the file China Initiative The process of transparency and national security, which serves to prevent potentially strategic information and expertise from ending up in the hands of China.

See also  Migrants, a lawsuit filed with the European Court regarding Frontex pushbacks in the Aegean Sea

In 2018, Lieber was questioned twice by agents of the Department of Justice, and again in 2020 by the Federal Bureau of Investigation, the US domestic intelligence agency. On all three occasions, he tried to undermine his links with Wuhan University and denied his participation in the TPP.

However, as shown in the trial, US authorities found Lieber to have been a contractor with Wuhan University for several years. In 2012, he signed a three-year contract that guaranteed him a monthly salary of up to $50,000, or about 44,000 euros, as well as a bonus of $158,000 and a $1.5 million loan to open a factory. in Wuhan. Prosecutors They also pointed out That Lieber received a portion of his salary in a suitcase full of cash, and neither his wages from Wuhan University nor an open account with a Chinese bank appeared on his tax return in 2013 and 2014.
Upon his discovery, Lieber admitted that the evidence against him was “overwhelming” and that in 2018 he lied to DOJ agents because he feared arrest, and of getting into trouble in general.

His attorney’s defense is that, apart from improvised tax evasion, Lieber did nothing wrong, and that the state acted unnecessarily aggressively toward him. “There are no victims, no money lost, no one getting rich, but in a conversation that lasted a few seconds, the world’s greatest nanoscientist is accused of various crimes,” said Mark Mukasey, Lieber’s attorney, in his recent letter.

Science he refers to That Lieber was never accused of intellectual property theft, the kind of crime he did China Initiative You must work to counter. He was formally accused of concealing his ties to Wuhan University and lying to clients investigating him: allegations that in other contexts, according to Lieber’s supporters, would have gone almost unnoticed.

“In the absence of evidence of more serious violations, Lieber has become the subject of a misleading government campaign criminalizing his actions,” 40 of his colleagues wrote in a letter to the Justice Department in March calling for the state to drop the charges against him. . “Charlie has spent his life trying to help the world, and a group of people who don’t understand how science works have erased everything.” He said the The New York Times Brian Timko, a former Lieber student now works at Tufts University in Boston.

According to many academics, the point is precisely this: the excessively aggressive attitude of the US administration towards scientists collaborating with China risks jeopardizing the exchange of ideas, contacts and incentives that are the basis of academic research. The links between the American and Chinese scientific community, among others, are very strong: second Analysis from 2018In 2019, 9 percent of scientific studies produced by Chinese institutes and 9 percent of U.S. studies were co-authors, respectively, of American and Chinese scientists.

In 2020, Kai Koizumi, a former fellow at the National Council on Science and Technology during the Barack Obama administration, He said a temper nature Many American scholars today believe that cooperation with their Chinese colleagues is not worth the risk of investigation by US authorities. “No one wants such trouble while doing research,” Koizumi explained.

Then there is the fear that the aggressiveness of the US administration has an ethnic component: According to a recent analysis by MIT Technology Review In approximately 77 court cases arising from China initiative, Nearly 90 percent of the accused people are of Chinese descent (the US government has denied this behind issuing China Initiative There are reasons of this kind).

See also  Architect Vale: "That mural should be wiped off the facade of Gino's parents' building."

China is trying to use Lieber’s trial to its advantage, arguing that it is purely political. lately china daily, an English-language newspaper controlled by the Chinese state, pointed out How is the scientific community largely opposed to initiatives like China Initiative.

For his part, Lieber did not make any statements during the trial. In his 2020 interrogation with the FBI, he tried to motivate his actions by making clear that years ago he was “younger and dumber,” and that he hoped that by increasing his academic collaboration, he’d have a better chance of winning a Nobel Prize. 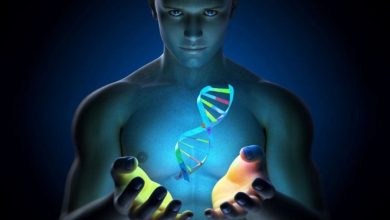 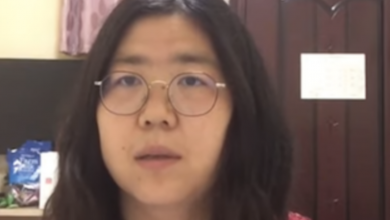 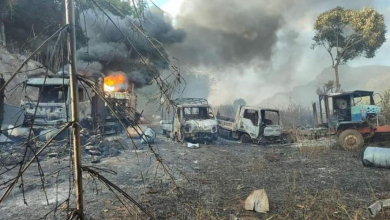 Burma The United Nations is “terrified” by the massacre of civilians. Undersecretary for Humanitarian Affairs calls for an investigation 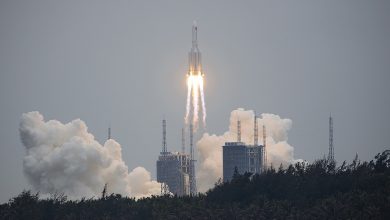