“I would like to repeat it with Shame And the clarity: ask humbly forgive For the evil that so many commit Christians against the the original people“It is the guilt that he commits. Pope Francesco He started his journey in Canada37 of his papacy, but perhaps also the most difficult because of the persistent problem of Al right knee who had always been forcing him to do so Wheel chair. However, after Bergoglio was forced to cancel the trip in Democratic Republic subordinate Congo and in South Sudan Precisely because of the impossibility of walking, he wanted to keep his faith in the promise made to the indigenous peoples. Francis is the second pope to go to Canada after that Saint John Paul II who visited the country in 1984, 1987 and 2002.

“I thank you – said the Pope while meeting the aborigines – for letting me in heart All this to bring out heavy burdens Which you carry inside, to share with me memory bleeding. Today I am here, in this land, with one old memory, protects the scars of wounds that are still open. I am here because the first step in this pilgrimage of penance among you is to renew my request for forgiveness and to tell you, with all my heart, that I am very sad: I ask forgiveness for the ways that, unfortunately, so many Christians. to support colonial mentality One of the forces that oppressed the indigenous peoples. I am sorry. Forgive me, in particular, for the ways in which many members of church and religious communities have cooperatedalso through indifference, to those projects cultural destruction The forced assimilation of governments at that time, culminating in a system schools residential“.

Pope Francis and the premise of resignation: “I have no intention of giving up this moment. If so, I would be Bishop Emeritus of Rome”

Francesco emphasized that “although Christian charity were present and there were few typical instances of devotion to children, and the overall results of the policies associated with boarding schools were disastrous. What the Christian faith tells us is that it was Error destructivenot compatible with gospel for Jesus Christ. It hurts to know that that compact ground of values, language and culture, which gave your peoples a real right sense of identity, it has eroded, and you keep pushing the effects. In the face of this angry evil, the Church kneels before God and entreats i beg your pardon for the sins of his children.

The Pope also stressed that “it is necessary to remember how policies Comprehension Based on postagewhich also included the boarding school system, it probably was destructive to the people of these lands. When European settlers first arrived there, there was a great opportunity to develop fruitful meeting Between cultures, traditions and spirituality. But this did not happen to a large extent. And your stories come to mind: how the politics of assimilation ended up marginalization systematically indigenous peoples; How, even through the boarding school system, you Languages And the cultures They have been denigrated and repressed; How did the children suffer? physical assault And the MinutesPsychological and spiritual. How they were taken from their homes when they were young and how was this marked indelible method The relationship between parents and children, grandparents and grandchildren.

Finally, Bergoglio noted that “many of you and your representatives have confirmed that apologies they are not access point. I totally agree: they just make up first a step, Starting point. I also realize that, looking back, it will never be enough what one does to ask for forgiveness and try to Repair the damage caused Looking to the future, all that is done to give life to a culture capable of preventing such situations not only from repeating themselves, but from not finding space, will never be a small thing. An important part of this process is one procedure serious search subordinate Reality About the past and help survivors From boarding schools to do tracks healing From the trauma he has suffered. I pray and hope that Christians and society in this land will grow in the ability to welcome and Identity respect And the expertise of the indigenous peoples. I hope that tangible ways to know and appreciate them will be found, through learning to walk all. For my part, I will continue to encourage the commitment of all Catholics to indigenous peoples.” He concluded: “Know that I know suffering, I shock and the challenges of indigenous peoples in all regions of this country. My words spoken along this journey of repentance are addressed to all communities and indigenous peoples heart hug. At this first stage I wanted Make room for memory. Today I’m here to remember the past, a cry with you, to look at the earth in silence, and pray in the graves. Let silence help us all understand pain“. 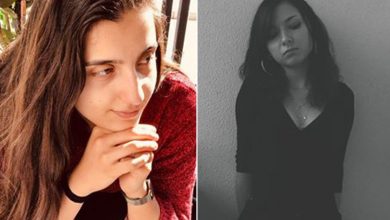 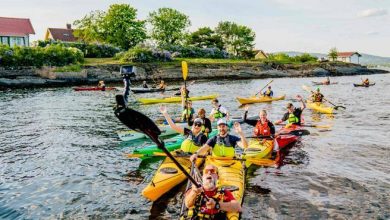