Rome. In military jargon, we can speak of “collateral damage”, even “friendly fire.” The CIA report – released by the Biden administration to send a series of messages to the main heroes on the chessboard in the Middle East – ended up dragging Matthew Renzi into the storm once again, who also boasts good relations with the new US president and with his main backer. , Barack Obama. The attack is the Italian left, but also the M5S and Pd itself, that is, the former allies of Conte bis. The problem for Zaim IV is that those four pages of the CIA are directly questioning Saudi Crown Prince Mohammed bin Salman, due to the brutal murder of journalist Jamal Khashoggi. Only that bin Salman was publicly honored by Renzi during a conference in Riyadh at the end of January, when he defined the Arabian Peninsula as the theater of a possible “new renaissance”. The event in which the Fourth Commander also received a fee of tens of thousands of euros as a speaker. Every regular, for a former prime minister. But not for his former comrades in the coalition.

To strike, this time, it is also the Democratic Party. Gianni Cuperlo Press: “Senator Renzi announced that once the government crisis had ended, he would have provided the reasons for his initiative. It is appropriate for him to do so. If possible soon ». But the Chamber’s vice president, Michel Bordeaux, also said: “I think it is time for Renzi to fully clarify the nature of his relations with Saudi Arabia and with the crown prince.” Rather, it does not exclude a “parliamentary initiative”, even if a decision in this regard has not been taken in the country. Likewise, the words of Maria Idira Spadoni M5S: “Renzi must clarify the nature of his relations with Saudi Prince Mohammed bin Salman with the Foundation for Future Investment Initiatives.”

See also  The scandal broke out and the dean resigned

But in reality, Renzi believes there is nothing to clarify. The fourth leader is presented through the weekly newsletter “enews”. For Italia Viva leader “Pd, Leu and above all Cinque Stelle are taking advantage of a tragedy such as the killing of the Saudi journalist.” The line of defense is the same as the one used a month ago: at that event in Saudi Arabia, “Davos of the Desert,” as he explains, “Many financial and political leaders from all over the world participate regularly.”

The former prime minister recounts all the interviews in which he spoke, last month, about the issue, and then repeats that the wage earned at the conference is “completely legal and legitimate,” while “the Democratic Party under my administration and Italy are living its birth never received money from foreign governments or related structures.” »Renzi recalls that he“ previously condemned the killing of Kashoggi three years ago, ”and repeats that maintaining relations with Arabia is“ correct and necessary, ”because it is“ a bulwark against Islamic extremism. ”

Explanations are not enough for his former allies. On the phone, Purdue explains clearly: “The weekly enews is not enough. It cannot Be the one asking questions and answers at the same time ». As for the foundations of the PDP, not all of the interviews Renzi mentioned are sufficient: “When he did it, the CIA report wasn’t there yet. Today there is an element of novelty in terms of clarification that is useful. Do you say heads of councils go to the Arabian Peninsula? But he is not prime minister, but a senator who goes to lectures for 80,000 euros. ”Just the false accusations, according to Renzi:“ I am only sorry for using the Saudi case to cover up the Italian internal difficulties and to justify an alliance where – as happened so often with a certain left – we stand together. Against an opponent, not an “idea”.

See also  The attempted coup in Spain 40 years ago 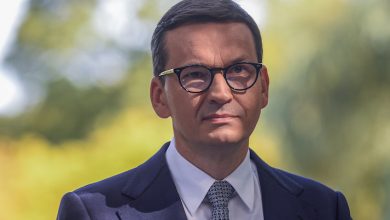 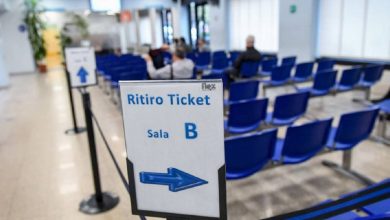