There is still a lot of plastic in supermarkets across Europe and most of them are doing little to reduce it, even deceiving consumers with some absolutely indecisive measures. The worst list includes 14 stores that get a score of 0 out of 100!

When we go to the supermarket, we can’t help but notice the excessive (and sometimes absurd) use of plastic packaging. Major supermarket chains are committed – at least in theory – to reducing the use of plastic in their stores, but is that really the case? Not so, according to new European research conducted by the NGO Free Plastic Alliance in 13 countries (excluding Italy).

Read also: There is already a lot of useless and harmful plastic in our supermarkets (and we prove it)

the report “under wraps? What European stores don’t tell us about plasticA total of 130 distributors from 13 countries were analysed, although 74 were eventually included in the analysis to assess:

Which showed that the commitment is low in general and that between what was announced and what was actually done there is a gulf!

In fact average score Reached by supermarkets regarding plastic reduction It’s only 13.1 points out of 100. How is that? European supermarkets are the spokesmen for anti-plastic pollution initiatives, but in tangible reality they behave differently, slowing down the processes necessary for change and “deceiving” consumers with seemingly “decoy” solutions.

In short, they are not only doing enough, but also often standing as great advocates for changes in the fight against plastic, which does not correspond to reality at all, according to this survey.

In fact, as the report shows, 82% of companies did not even provide basic information about their commitment to reducing plastic, nor did they explain how to assess whether goals were actually achieved.

There are other indicative data that emerge from the report: The same brand can have very different degrees and commitments from country to country.

This is the case, for example, of Carrefour which ranked first in France but last in Spain and Lidl, which scored 44.7 points in the UK but only 13-23.7 points in other countries.

At the top of the ranking of the most virtuous department stores, we find Aldi (in the UK), always followed by Aldi in Ireland. Lidl (in the UK) is in third place followed by Carrefour and Biocoop in France. 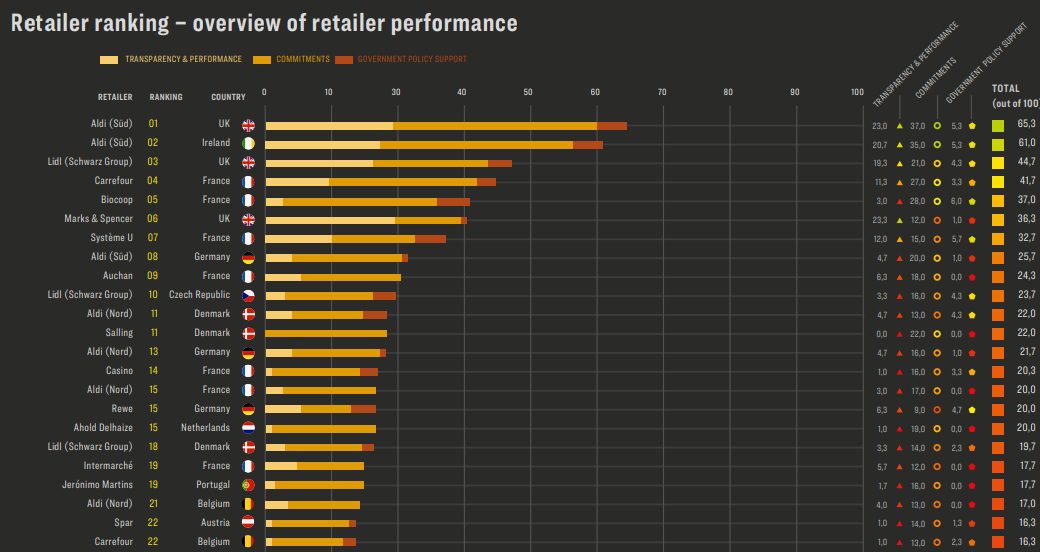 On the other hand, which supermarkets have deceived consumers the most and are least committed to reducing plastic use?

They scored below the 13.1 average:

And others you can see in the following chart:

But there are gods too Supermarkets That Got 0 Score So the worst among those analyzed are:

source: changing markets / No plastic in my sea 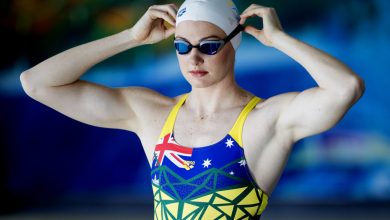 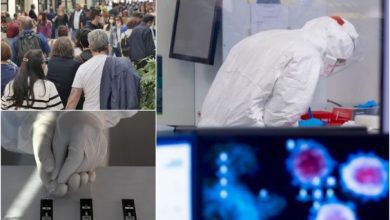 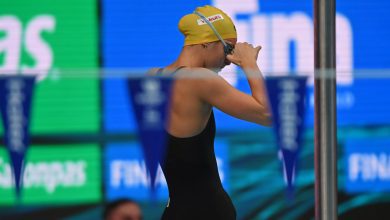