tax bills: A little carrot, but above all a lot of stick. The government is ready to change the regulations through which defaulting taxpayers can settle their tax debts in instalments. In the report on tax collection reform prepared by the Ministry of Economy and entrusted to Parliament, the desire to “rationalize the installment system” was expressly mentioned.

A mechanism in place for some years and widespread, considering that 50% of the normal annual collection (ie that does not take into account the groups of facilitated identification institutions) is derived specifically from tax bill installment plans granted to taxpayers who otherwise would not be able to pay. Palazzo Chigi and the Treasury intend to insist on these convenient tools in relations with taxpayers but also want to crack down on those who accept the agreement with the state but then try to be smart and not honor their obligations. How do? Currently, the law states that by skipping 5 installments, even if they are not in a row, from deferment, the “soft” payment plan is stopped, forcing the taxpayer to return to repay the debt according to normal rules. However, there is a loophole that allows you to be readmitted to a deferred plan: just pay the missed installments in one solution, at a later stage. It appears that a fairly pervasive practice leads to a handicap of the group.

“It is necessary to avoid – and thus the observation of the technicians of the Ministry of Economy – that the recovery procedure carried out by the collection agent, in the event of the taxpayer forfeiting the installments, can be continually interrupted by a subsequent request for readmission into the Institute.” Stop and go is considered unbearable by the tax officer. Which now aims to deviate. In fact, the reform prepared by the executive makes it impossible for the debtor to accept again in installments the same debt that the benefit has ceased after 10 instalments were not paid. In short, on the other hand, tax returns are more forgiving by doubling the installments that can be skipped from 5 to 10 before canceling the deferment. But on the other hand, the taxpayer warns: Once you leave the installment plan, you won’t be able to get back on the plane even if you’re able to pay off the missed installments in one fell swoop. The rule modification will apply to both types of premiums currently in effect. The regular installment lasts for six years, stipulates a maximum of 72 monthly installments (never more than €100) and is granted or for debts up to €60,000 on a simple request (without the taxpayer having to document his temporary economic hardship situation) , or for debts over 60 thousand euros, with cards in hand, to be paid in difficult economic and financial conditions.

mechanism
On the other hand, extraordinary installments provide for an extension of 120 installments (more than 10 years) and can be activated, in very financially difficult circumstances, only by submitting certified documents. In this regard, it must be remembered that the reform that the Draghi government is considering provides for the merging of revenue and collection agencies. This would complete the process that started with Equitalia’s conversion to create a new and more profitable relationship with the taxpayer. Citizens will also have to deal with a single hub and fully integrated databases will exist,” allowing – reads the report to Parliament – greater operational speed for both taxpayers, who can more easily rebuild their sites, as for the administration, which would It is immediately updated on the general situation of the taxpayer.” The government notes that even litigation “would be streamlined: a taxpayer who receives a file will only sue one person.” 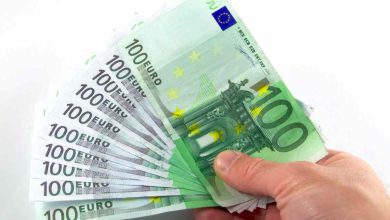 Who can do it and how to watch it 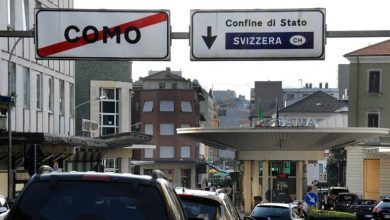