More than 1,500 participants and about 250 family groups confirmed the allure of the event, which is becoming increasingly comprehensive. Expectations are rising for the program of events, shows and entertainment for young and old

“We are on the cusp of closing online registrations for La SpoletoNorcia at MTB 2022, which are crossing the 1,500-participant threshold and thus confirming the numbers for 2019, the last year in the pre-pandemic period, at a time when similar sporting and cycling events are showing a decline due to both the expansion of the offer, whether for a general decline in ability to spend. Our event proves to be competitive and increases induced tourism in the region, dragging the region’s hospitality system with cycling tourism which, however, can and should be more true.”

This is the announcement by Luca Mineserini, President of SSD La SpoletoNorcia at MTB, the company organizing the event that is preparing to open the doors of the ninth edition on Friday 2 September, while closing is scheduled for the afternoon of Sunday 4 September, when it ends, prizes will be awarded for the various bike paths that have been tracked About the old railroad and the participants in the competitive SN CUP race.

“In particular – continues Ministrini – we are recording a growing interest from groups and families. We have developed moments of play and entertainment in the city, and on Sunday we will have about 250 families with children aged 5 years and over on the family circuit. This is the result – concluded Ministrini – It is the result of our commitment to social issues and the increasingly inclusive SpoletoNorcia, which aims to create a true ‘Bicycle District’ under the SN365 brand, a project that embraces the whole year with a slow permanent tourism cycle, sustainable tourism proposals for villages and communities, and high-quality services for cyclists.”

The event, which over the years has brought more than 20,000 people to Spoleto, this year registers an increase in participants from abroad – mainly from the UK, Austria, Switzerland, Slovenia and Dubai – and is proven to be a great moment to promote and see what is surely one of the most beautiful Italian cycle paths. , which every year attracts 10,000 people, a fact that we want to overcome for the benefit of the entire regional territory.

SpoletoNorcia occurs in MTB thanks to the support of Pietro Coricelli Oil Mill, with the media partnership of Radio Subasio and the important sponsorship of the Umbria region, the province of Perugia, the municipalities affected by the track of Spoleto Norcia, FCI, Cune Umbria region and Amodo.

SpoletoNorcia kicks off the MTB on Friday, September 2 at 4pm in Piazza Garibaldi – the heart of the action – with the opening of the village delivering race packages and, from 5pm, activities for the kids. At six in the evening the official opening was attended by the institutions and with the happy participation of Spoleto.

There is a rich program of activities for children, every day in the children’s village area: different moments of cycling with the FCI masters at the MTB Club Spoleto, which includes gymnastics and Pump Track while on Saturday 3 at 5.30 pm young children can do it. Challenge each other to race for the city center with SpoletoNorciaKids.

During the three days of the event, the extraordinary opening of the Old Railway Museum, at Ex Stazione Spoleto Norcia from 9-12.30 and 16-19.

For your entertainment, on Friday 2 September at 6.30pm, the “Nature is Good for Soul” lecture will be held by Ludovica Casellati, creator of luxury bike hotels, the Urban Awards and the Italian Academy Award for bike tourism (she won the 2015 first edition straight from the SpoletoNorcia cycle track). What is the role of nature in the pursuit of balance? How can the environment affect our psychophysical well-being? How important is it to rediscover the relationship with the natural world? Carlo Dalla Costa, Actor and Home Theater Creator, TG2 Deputy Director Mariarita Greco, Maurizio Leonardi of Italmatch, Luca Protti and Rossano Longhi of Arpa Umbria, Sebastiano Vineri of Legambiente talk about it. Andrea Le Cicero, “The Baron” of the Gambero Rosso, will instead be the protagonist between the show and the kitchen, including Pietro Coricelli Oil Mill. After that, aperibike in the box.

Saturday 3 September at 9 am you will go on a ride on the old railways with Spoleto Cammina while at 10 am you will depart from Piazza Garibaldi to discover the old railway with the comprehensive Rebike cycle tour, a format designed by Remoove, this year’s partner of Trentino from La SpoletoNorcia and SN365, capable of providing a fleet of e-bikes and tricycles with the right equipment to meet the most diverse needs (cargo bikes for transporting children, Special bicycle to accommodate the elderly or people with motor, cognitive or sensory disabilities). On Saturday mornings, in cooperation with Il Cerchio Social Cooperative, Remoove will offer the expertise of its employees to accompany the group to discover the historic center while during the three days of La SpoletoNorcia at MTB it will be possible to test the means proposed by Remove for free, which they have the ambition and ability to bring to the sport , the outside world, the independence of movement, and all those who think they can’t do it.

Also at 10 am on Saturday the engines of vintage cars will also be running, which will take off from Spoleto to Valnerina by CAMES Spoleto Vintage Cars and Motorcycles Club, while at 10:30 am Vespa Club Spoleto friends will take part in their very popular motorcycles to visit La SpoletoNorcia places by MTB.

At 5pm, La SpoletoNorcia Inclusiva takes to the stage, with a roundtable on the extraordinary power of sport in solving social and everyday problems. Physical activity and nature are allies to human well-being. Under the direction of Ludovica Casellati, they will talk about environmental and social sustainability, the relationship between man and the environment and about Umbria as a region accessible to all, where sport, relationships and places become important vehicles for individual and collective growth: “Mr from Home” Emiliano Di Battista, President of MTB Spoleto, Christian Baroni, President of Il Sorriso di Teo, Charitable Partner of La SpoletoNorcia at Mtb, Annalisa Cannarozzo, Psychotherapist and Member Asd Un Battito d’ali Onlus, Luca Ginetto, Editor-Chairman of Tgr Umbria, Luca Panichi, Athlete and Expert at La SpoletoNorcia, Andrea Tomasoni, President and Remoove CEO, Luca Tramontana, a cardiologist.

See also  Backsliding, The Unstated Truths Between Grant and Kidman

An excerpt will be shown from the first episode of the SWEETWALK project: From Spoleto to Caprareccia, produced by the Municipality of Spoleto, a project in collaboration with Rai Umbria, born from the idea of ​​Valeria Giulianelli.

Again by Ludovica Casellati, at 6.30 pm, the second important talk The story of sport and life: Marino Bartoletti and Filippo Pozzato tell the audience of La Spoleto Norcia. Two important guests, who have made sport the center of their world for different reasons and in different ways, will trace the important stages in their career and life path. Speakers, with Marino Bartoletti, journalist, Filippo Pozzato, supporter and former entrepreneur, Maria Carmela Kolayakovo, President of Confindustria Alberghi, Chiara Coricelli, CEO Pietro Coricelli SpA and Simone Fittuccia, Federalberghi Umbria.

Then you can catch a Pedalare theater show at 7.30pm at the Auditorium della Stella! Riding! Riding! The story of Alfonsina Strada, La Mamma Umbria project and The Tude Society.

For information and reservations: [email protected]

At 9:30 p.m. SpoletoNorcia Night Run, a night race on foot through the streets of Spoleto.

Sunday 4 September is the big day: at 8.30 the SN CUP competitive race begins, only for the MTB, while at 9.30 the cycling trails begin in La SpoletoNorcia which can also be traveled by e-MTB, fat bikes and mountain tandem, which follow tracks of various lengths and differences in height.

Please note that on Sunday 4 September the course track will be open exclusively to participants at La SpoletoNorcia at MTB.

At 1 pm final refreshments in Piazza Garibaldi while at 3 pm the event concludes with the SN CUP Awards. 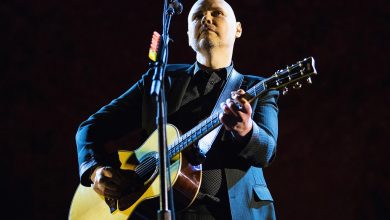 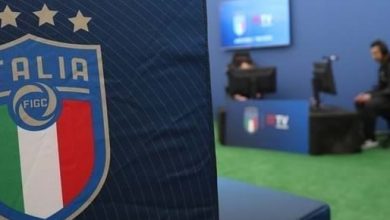 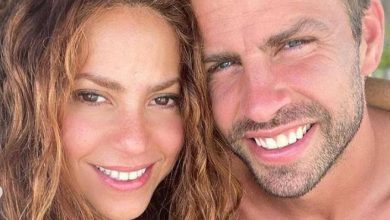