“Stop the theaters”, “Word for the Italians”, “Italy was betrayed, are you with us?”. You only need to look at the social accounts of key political leaders to understand the role this election campaign will take: little revival, intense polarization and a “boom”, especially in the Instagram and Tiktok. The social networks that everyone wants to focus on to attract young people, but which no party leader has learned to master yet. “From a communicative point of view, it wouldn’t be an innovative campaign — he says Dino AmdoniAnd partner, political communicator and strategist for Bari Proforma communications agency – there’s no time, it only lasts two months. Compared to 2018, it will be more polarizing, aggressive and low-key in topics and conversations. There won’t be much room for further study.”

The game will then be played again on slogans, on attacks to discredit the current political opponent and on populist content intended to tickle the stomachs of voters. The strategy is still valid today on Facebook, but now on Instagram it is partially outdated. In fact, since the last elections in 2018, this social network has slowly transformed from a personal photographic diary into one of the main amplifiers of youth social and political activism. Where opinions are not created by politicians but by influencers.

Here consensus and synthesis are built on the sharing of ideals and reasons, and often a commitment to one battle does not necessarily indicate a lack of interest in another. However, many politicians seem to miss all this. “There is no way out of the logic of polarization – he says Christian Ruggiero, Professor of Sociology of Cultural and Communication Processes at the Department of Communication and Special Research in Sapienza – We are on the campaign trail and the rule is the demonization of the opponent. Not fully understanding the logic of this social network, they remained attached to memes. “It is a useful tool to reach even those who do not want to hear about politics, but perhaps not enough to gain trust and turn the user into a supporter.” It is a desire to listen, the ideas they will come up with will be linked to current events, to a news story or related to international politics – The interviewer adds Provoforma – but without going into detail or context.”

“Changing the approach now – adds Amdoni – for example dealing with an issue dear to young people during the election campaign without having considered it before could have a regressive effect. It would not be very credible.” The first case is the ecological tipping point Silvio Berlusconi, which promised, in a sort of electoral greenwash, to plant a million trees a year. So they continue to target the largest share of Instagram users, 70% of whom are under 34 years old, and speak the language of the remaining 30.

“What I imagine is rather a parallel campaign of influencers – suggests the political communicator – with their contents going to be willing to negate false or decontextualized statements and expose those who fit the reasons at the last minute. I do not expect them to give voting cues. Accurate, but something more general: a public call to vote. For parties that feel close to their cause. But above all, I think they will push a lot to get young people to vote.”

Tiktok is instead completely forgotten, as at the moment there is only the leader of the league Matteo Salviniby Italy Brothers Georgia Meloni The former Prime Minister Giuseppe ConteFrom the 5s movement. “More than Instagram, the logic of politicians’ actions is ‘as long as we talk about it,'” Ruggiero explains. “You depend on the memes you make or you make funny videos. The important thing is to be there, no matter what.” To understand this, just look at the content that got the most views on Salvini’s profile, which is among the three with the most followers: nearly two million views of a movie he jumps into.

See also  It will be easier to ship outside the App Store- Corriere.it

So far the task of entertainment is delegated to this social network. “It was not taken into account – explains the communication tutor – because adults do not know how to use it, the age of its users is too low on average and because the algorithms that organize it and the data that can be extrapolated and analyzed are not yet clear. To generate targeted ads.”

So, to get the voters moving, they will again focus on Facebook. “Languages ​​and mechanisms are now known and the electorate’s heart is still here, also because of the age of our country,” confirms Professor Sapienza. But not only that. “With August in the middle and a short time frame, I foresee a massive focus on communication on traditional means like TV and radio – adds the caller from Barry – August is going to be an unknown factor that will greatly impact strategic assessments. How much pressure to put in. A month off? Is it better? Leaving immediately or better in September, so as not to be annoying and intrusive? September, when the picture is more specific, with very short deadlines.”

In this scenario, advertising on social networks will be an essential tool in the final race. However, compared to the 2018 elections, it will not be so easy. “With the entry into force of regulations on the protection of personal data, it is likely that much of the information collected with European data for 2019 will not be usable – explains Amenduni – so they will have to collect new information as soon as possible if they want to use small-targeted advertising.” Then there is the unknown electoral silence. “For the 2020 US presidential election, Meta expects a week of silence on Facebook before voting day. We don’t know if he’ll introduce it here either. This could shorten campaign time.” “Certainly – concludes Amdoni – it is an atypical campaign.” We don’t know what results it will achieve, but we know that it will be full of difficulties and pitfalls. 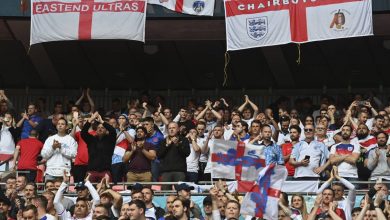 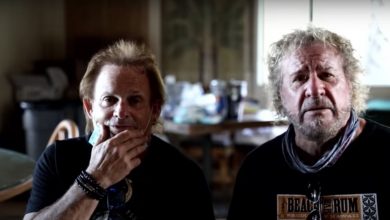 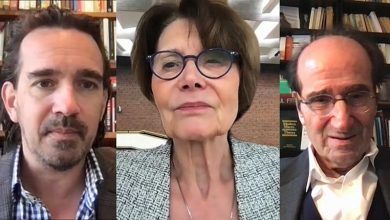