As Russia’s attack on Ukraine continues, The European Union and the United States agree to a new sanctions package against Moscow. US President Joe Biden will punish Russian President Vladimir Putin directly This was confirmed by White House spokesman Jen Psaki, and other senior Russian officials, including Foreign Minister Sergei Lavrov.

European Union – from Brussels The European Union foreign ministers voted “the Charter” on a package of very harsh sanctionstowards Russia. Foreign Minister Luigi Di Maio announced, not only against Vladimir Putin and Sergey Lavrov, who are included in the sanctions list by the European Union, but also against significant sanctions on banks, on Russian state institutions, on entire economic sectors. “It is another step – continues Di Maio – to continue diplomatically and politically to isolate Russia. In these hours, as President of the Council of Ministers of the Council of Europe, I have fully supported Russia is expelled from the Council of Europe. We did it because this is a forum in which we work for the rights of people and what is happening these days is against international law and against any international agreement and good coexistence, but above all it is against humanity.” And that – he adds – we can no longer afford it.”

“We are already working on the third package of sanctions The European Union will vote in the next few days. Italy has always voted in a tight fashion with other EU countries on the Commission’s proposals. And Di Maio assures us that we will continue to do so.” Regarding the possible exclusion of Russia from the SWIFT system, which allows international trade, “there is no veto. Our countries have many partners outside the European Union: we will educate them at the United Nations to further isolate Russia, a country whose rulers are carrying out reckless actions,” concludes Di Maio.

See also  “I was fighting a burqa now I will have to wear it” - Corriere.it

from her side Great Britain He ordered the freezing of all assets of Putin and Lavrov in response to military aggression. According to a spokesperson, the new measures are “in addition to the package of sanctions announced by the UK yesterday”. Prime Minister Johnson also called for Russia to be suspended from the Rapid Pay system to “inflict maximum pain” on the Kremlin. 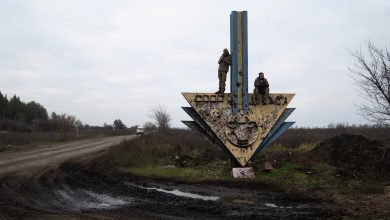 Ukraine “Russia is ready for negotiations without preconditions” 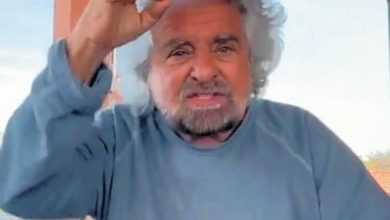