A transit train with 40FEUs of sportswear and equipment from VSC, located in the Vostochny Deep Sea Port, departed on February 6, and 11 days later, on February 16, FCT arrived at the Grand Port of St. The cargoes were first delivered by sea from the Japanese port of Yokohama to VSC, where they were loaded onto the train and shipped to Saint Petersburg.

The containers will be loaded onto the Maersk ship at FCT for delivery to the British port of Felixstowe. Total transit time from Japan to UK should be 40-45 days. Transportation across the Russian railway network is organized by Maersk in cooperation with the transport and freight company Modul.

The АЕ19 service was first launched by Maersk in August 2019 in partnership with Global Ports and Modul to deliver goods with the lowest transit times from Asia to Europe via the ports of Vostochny and Saint Petersburg.

Transit containers are now shipped from VSC to FCT three times a week, while the service is also operating in reverse to deliver goods from Europe to Asia. 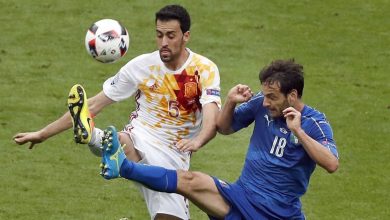 The unprecedented challenge of a century-old rivalry