The defendants’ recent dramatic appeal to the judges was not enough to commute the “painful” sentence. An appeals court in the Moscow region has upheld a nine-year prison sentence for American basketball star Britney Grenier, imprisoned in Russia since February after she was found in possession of a small amount of cannabis oil. The United States called it another “farce trial”, believing that the two-time Olympic champion is just a pawn that Russia intends to use in the prisoner exchange. “I hope the court will change this ruling because it was very stressful and very traumatic,” the basketball player said, speaking via video at the hearing. Request gone unheeded. At this point, many years of detention await the athlete, who was arrested in February on arrival at Moscow’s Sheremetyevo Airport because he was found in possession of 0.72 grams of cannabis oil contained in some e-cigarette liquid packaging. A substance the basketball player told her to take for medicinal purposes. The only hope left to be able to be freed again more quickly is to return to the topic of the exchange of prisoners between Russia and the United States, which has been talked about for some time. US President Joe Biden “has shown that he wants to do everything he can and make difficult decisions to bring Americans home” who are being held in Russia, National Security Adviser Jake Sullivan confirmed, although he considered the trial against him a “farce”. Greiner. Last August, the White House said it had made a “substantial offer” to Moscow that would allow former Marine Paul Whelan, who was arrested in 2018 and sentenced to 16 years in prison, to return home, as well as the basketball player on espionage charges. . In return, Washington could consider releasing Viktor Bout, a Russian arms dealer serving a 25-year prison sentence in the United States. Moscow said it supported the exchange, but requested that the negotiations continue in top secret. Negotiations may become more complicated after the recent arrest in Malpensa of Russian businessman Artem Os, son of the governor of Siberia’s Krasnoyarsk region and his partner Yuri Orekhov in Malpensa, with an international mandate from the US judiciary. The United States is demanding the extradition of the two, accusing them of, among other things, smuggling military technologies from the United States to Russia, avoiding US sanctions and laundering millions of dollars in money. Thus, the fate of Britney Grenier, the best player of the Phoenix Mercury, who arrived in Russia to play in the national championship in the ranks of a team from Yekaterinburg during the interruption of the American championship, became difficult. Last week, the American athlete turned 32 years old. “It is tragic – said the US charge d’affaires in Moscow, Elizabeth Rudd – that she had to spend her birthday in a Russian prison instead of spending it with her family or on a basketball court with her comrades.

See also  The strategy of tension between Israel and Netanyahu led to the failure of talks over the formation of an anti-Likud government. Now Bennett is looking for a deal with the prime minister. The viral picture of the floating ship is correct: we explain how this is possible 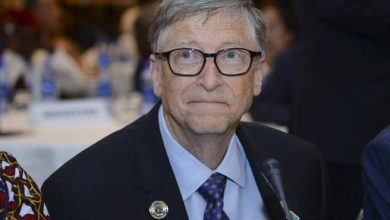 “The next deadliest epidemic of Covid” – Corriere.it