She wonders if the vaccine will one day be used to vote or to go to the emergency room. This is not the case yet, we are now talking about other limitations. There are no bars or restaurants, no cinemas and theatres, you won’t be able to catch the trains and planes. We discuss school. There will be no skeptical teachers. The vaccine actually redesigns the Bill of Rights and the idea of ​​citizenship. The point of the “health passport” is here. It is not idle talk. They will tell you that you are not talking about anything. These are the usual concerns of parishioners. Silly and deceitful things. There is a pandemic, there is a list of deaths that cannot be cancelled, and there is a need not to give the virus unexpected spaces to mutate. Health comes first and foremost. Survival is the highest value. All this makes sense, but it is not a sin to point out the costs. The consequences of the “passport” are by no means free.

Many are vaccinated. Among them there are those who write. It’s a choice to trust, but it also stems from a logical risk: the virus now worries more than the rest. How does the person who said no think? There are those who withdraw from ideology, from fear, those who do not trust, those who feel like a guinea pig. There are those who rationally argue: at thirty I am more afraid of the virus vaccine. As they say, no one has explained what the consequences will be in a quarter of a century. The fact is that in both cases, whether vaccinated or not, the choice is individual and somewhat blind. Can the state take away a number of rights from you because you don’t follow the majority?

See also  Maryam Ghani ... life in Brooklyn between a loft and the art of the daughter of the former Afghan president - Corriere.it

We face the most classic crossroads of human adventure: security or freedom? There is no binary answer to this question. It is clear that everyone is more sensitive to this or that thing. In fact, all civilizations move along this line. China, for example, is moving more towards zero (security) and England is unpleasant towards one (freedom). Now the “passport” tells you that there are full citizens and some are halved. These latter are all those who refuse the vaccine. They are outcast. It’s an anomaly, at least here with us. It is justified for superior public health reasons. It has already happened with the closure.

There is a state of emergency and the state can limit individual liberties. It’s happened before, right? What are the changes? You can’t go out, you can’t go to another municipality, mandatory mask and everything. However, “passport” is more accurate. It is a move that opens up to philosophical consequences, and in the long run also practical, and somewhat insidious. Your passport, in fact, recognizes your rights. You have been vaccinated so you have no restrictions. Except there is a problem. These rights are inalienable. They come first. The state does not know them. The state does not certify them. The state does not agree to it. He does not give them. These rights are yours. The “passport” can’t give you it, and the “passport” can’t take it from you. He can’t tell you yes and no you. The emergency that the lockdown has created is already an extension. It is an exceptional commentary on individual liberties. “Passport” from this point of view worse. It is a testament that these rights are not yours. It is a change of ownership. These rights are no longer inalienable.

This is a quantum leap. It is a revolution. It is something that undermines the basic principles of liberal democratic architecture. It breaks the corners of our world. Exaggerated? It is only a temporary step. It’s an emergency. Sure, but it’s a variable that can open up to an unexpected twist. Who decides when there is an emergency or not? And how far can you go in the name of safety? Who sets the limit? There are some European governments in the East that actually theorize democratic despotism. They appeal to the rights of the majority and do not even need the virus to wipe out some inalienable freedoms. Are you sure that the “passport” is a previous passenger? 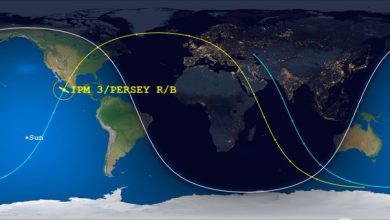 Parts of a Russian missile crash towards the ground uncontrollably 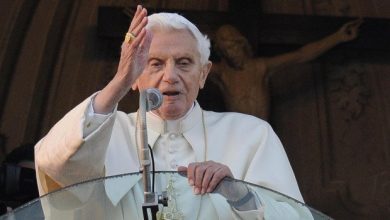