Los Angeles (CABC) – Los Angeles County health officials have informed passengers on a United Airlines flight bound for LAX that they may have been exposed to COVID-19 after another passenger collapsed during the flight and died of the virus.

United Flight 591 was on its way to Los Angeles from Orlando on December 14. It was diverted to New Orleans due to a medical emergency after a passenger suffered what was initially considered a heart attack.

The man died in the hospital.

Last week, a report from the Jefferson Parish Coroner Louisiana office confirmed that the 69-year-old Los Angeles native had died of COVID-19 and acute respiratory failure.

United Airlines confirmed on December 18 that the US Centers for Disease Control and Prevention had contacted it about the man.

According to the airline, “at the time of the transfer, we were informed that he was suffering from cardiac arrest, so passengers were given the option to take a later flight or follow their travel plans.” “Now that the Centers for Disease Control and Prevention contact us directly, we are sharing the required information with the agency so that they can work with local health officials to conduct outreach to any client the CDC believes may be at risk of potential exposure or infection.”

RELATED: The growing anxiety after EMT that helped a man with COVID-like symptoms on United’s trip to LAX catch the disease

Passengers on the flight said that the man’s wife told the paramedics that he had tested positive for COVID-19 and was showing symptoms.

United Airlines says passengers must certify that they have no COVID-19 or any symptoms before they are allowed to board the plane.

The flight continued to Los Angeles after the man had taken off the plane.

The City News Service contributed to this report. Conte Generali, figures for the first nine months of 2021 Quick and easy, this exceptional summer dish will conquer everyone in 10 minutes 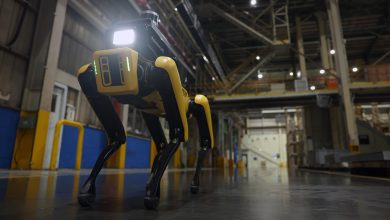