With both Packers and Saints working without a wide receiver Sunday night, the two teams relied on their backs and a heavy dose of quick short throws. The only big play in the first half came with a very fine playing pass from Aaron Rodgers to Allen Lazard, which set up Lazard’s defeat at a later time. Rodgers finished the first half 9 from 16 at 104 yards and the score to Lazard, which like the big winner came on the concept of illegal play.

For the Saints, Alvin Camara did almost all the damage, carrying the rock four times for 56 yards and pulling seven passes another 61 yards and down. Drew Press seemed reluctant to throw the ball down, preferring instead to check goals he feels comfortable with. However, those shorter passes allowed the Saints to move the ball in a decent section, and the last passes of the half helped them pull forward despite a difficult start. With only six seconds remaining, Bryce found Emmanuel Sanders above the middle as Sanders scored his first score as a Saint, sending New Orleans a 17-13 lead in the first half.

Follow with us as we continue blogging live for the celebrations below. 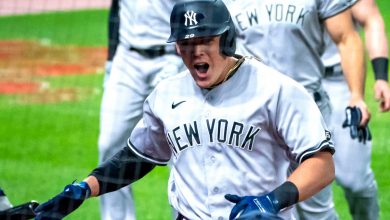