Disney + announce original docu series In three parts of National Geographic On the Brink with Alex Honnold. See the series produced by Plimsoll Productions Honnold Adventure in a lifetime’s dream: an epic climb to the most remote and challenging walls and peaks in Greenland, a country at the forefront climate crisis.

Honnold, the hero of the documentary

winner in Oscar Award® free solo (Available now on Disney+) I’ve always dreamed of exploring Greenland and reaching its most challenging and farthest peaks. But this isn’t just an adventure: Along the way, as he engages in a once-in-a-lifetime climbing challenge that will push him beyond his physical limits, Honnold will meet and desire scientists working at the forefront of climate change. Watch firsthand the effect caused by the rapid melting of ice.

With its glut of impossible and never-before-seen deadly walls, Greenland is considered the world’s last great climbing frontier and has also become the epicenter of the climate crisis. in 2020, 300 billion tons of ice from Greenland, the largest annual collapse recorded in history. As Honnold explores the impact of this, he and his team will encounter dangerous icebergs. Mulan (Sewers in glaciers), difficult landslides and ice storms.

One of the highest peaks in Greenland, and not yet climbed. Although there is more exposed rock, snow and ice, this is uncharted territory and Honnold will have to make use of all his experience to reach the summit safely.

“I’ve always wanted to climb in Greenland: it has some of the most remote and epic walls in the world. But it is also terribly affected by climate changeHonnold says. “I’m really excited to have the opportunity to engage with this new rise while sharing some of the local impacts of climate change with a global audience. Climate change is the biggest problem facing humanity and I hope this helps inspire people to take action“.

Honnold is a professional climber

whose daring free solo climbs to America’s greatest walls made him one of the world’s most popular and followed climbers. He is also a founder Honnold Foundation, a non-profit environmental organization dedicated to combating climate change by promoting solar energy for a fairer world.

An athlete of great qualities but hard work, Alex “No Big Deal” Honnold is known for his humble and shy attitude, as are the walls he climbs up without a rope to protect him in case of a fall. Honnold has appeared in “60 Minutes” and in the New York Times, on the cover of National Geographic and in international television commercials, as well as being a part of several adventure films, including the Academy Award-winning documentary. free soloProduced by National Geographic Documentary and Emmy-nominated film alone on the wall.

He is also a co-host and co-creator of the highest rated podcast gold climbing. Honnold is sponsored by The North Face, Black Diamond, La Sportiva, Ando and Stride Health and is on the board of El Cap Climbing Gyms. To this day, he leads his simple life as a “daring climber,” traveling the world in search of the next great vertical adventure.

Disney+ is the home for streaming movies and shows from Disney, Pixar, Marvel, Star Wars, and National Geographic, along with The Simpsons and more. In some international markets, the service also includes the new brand of general entertainment content, Star.

The Walt Disney Company’s flagship streaming service, Disney+ is part of the Disney Media & Entertainment Distribution and offers ad-free streaming along with an ever-growing catalog of exclusive originals, including feature films, documentaries, series, animated, lively and short films. In addition to providing unprecedented access to Disney’s massive archive of movies and TV, Disney+ is the streaming service where you can find the latest movie releases distributed by Walt Disney Studios.

And through Star, it offers the latest programming from 20th Century Studios, Disney Television Studios, FX, Searchlight Pictures, and more. To find out more, visit disneyplus.com, or search for the Disney+ app on most mobile devices and connected TVs.

National Geographic Partners LLC (NGP), a joint venture between Walt Disney and the National Geographic Society, is committed to spreading the best content in the worlds of science, adventure, and exploration through an unparalleled collection of multimedia resources.

Promoting knowledge and understanding of our world has been National Geographic’s primary goal for 132 years, and we are now committed to going deeper, pushing boundaries and going even further for our clients. Every month we reach millions of people around the world in 172 countries and 43 languages. NGP gives 27% of its profits to the National Geographic Society, a non-profit organization working in the fields of science, exploration, environmental protection, and education.

Headquartered in Bristol, Plimsoll is one of the UK’s largest independent television production companies. The Academy Award-winning BAFTA, EMMY, team specializes in live, documentary, wildlife, and non-fiction entertainment programming, and is a world leader in natural history programming.

Since the company’s founding in 2013, Plimsoll has grown rapidly, with over 400 employees based in its Los Angeles, Bristol and Cardiff offices. He has produced more than 50 series, 14 live shows, and seven films, including an Emmy-nominated film. Bear Grylls: The Law of the Strongest (National Geographic), Yellowstone Live (National Geographic), night on planet earth (Netflix), Rescue Super Dog (channel 4), British Hell (channel 5), Life in the extreme (ITV) e baby sit down (Channel 4). The company distributes in more than 50 countries around the world through Magnify Media, a company it acquired wholly earlier this year. Today its contents are broadcast in more than 70 international territories. In 2019, Plimsoll formed a partnership with Lloyds Development Capital (LDC), a deal that values ​​the company at more than $100 million. 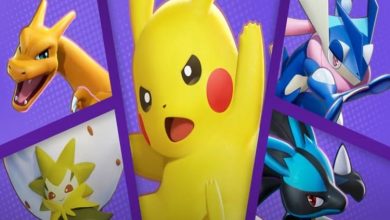