at least salt 150 the number of young Italians In mandatory quarantine a Malta. I learned from diplomatic sources outlining how they are.”More than 60 positives“Among the Italian children who have been quarantined by the health authorities for being infected with the virus or for contacting their colleagues in travel or school. The children, mostly students of English language schools, enjoy the assistance of the Consular Services of the Embassy of Italy in Malta.

Holidays abroad, what to do if it was positive during the trip? From the green corridor (cancellable) to Covid hotels

Malta, 150 Italian children in quarantine: this is where they are

Most of them were collected in a 4-star hotel in St. Julian’s (the Marina Hotel Corinthia Beach Resort turned into a Covid hotel). The others remained in seclusion at 5 other structures in the archipelago, booked in with the study holiday package. Several cases similar to Italians have been reported to Spanish or French students.

Malta confines 120 children (some of whom have already been vaccinated). Farnesina surrenders: ‘We are weak’

Tour Operator: The boys help with all needs

“The group of 80 Italian students who have been quarantined in Malta due to Covid are housed in a luxury hotel, with adequate healthcare and food, thanks to our repeated requests and careful cooperation from the Italian Embassy.” This was reported by Stefano de Angelis, General Manager of Giocamundo Study Ascoli Piceno, a tour operator who organized study holidays for groups of children also in Malta and found himself managing the situation. “We have also activated – informs – a support service, which also covers living expenses until July 22 for young people and their families.” “The state of emergency was launched – remember a note – last July 7 and the next morning, after 21 positive cases were identified, Public Health Malta prevented the youth and all staff in quarantine.” “The boys were left alone at first, then they were helped by our staff,” adds de Angelis, who immediately went to Malta to coordinate the emergency. “On Saturday, due to the blocking of staff on site, in just 48 hours, my organization from Italy sent six more operators to Malta to reinforce support for children in quarantine, ensure psychological support and keep families informed. None of the children and their families will be left – he assures Alone in this situation.

France vs Malta: Closing the borders is against the decisions of the European Union

France’s Minister of European Affairs, Clément Bonn, said Malta’s decision to close its borders to those who have not been fully vaccinated against Covid “contradicts European decisions” and called on Valletta to abide by the common regulations adopted by the European Union on the health card. . I don’t condemn it, but the decision made by Malta is against European rules and I believe we must adhere to our context and fully implement it. The context is that of the European Health Permit,” Bonn added.

Delta variant, outbreak in Greece, 7 Romanian students banned: ‘One of us is positive’

The European Commission has already criticized the choice of Malta, which from next Wednesday will only allow entry into the country for people who have been fully vaccinated for at least 14 days and have a European, British or Maltese Green Pass certificate, but the Valletta government will retain its position. The official text of the ruling will be published in the next few hours. Prime Minister Robert Abela said in an interview with Labor radio, One Radio, that the decision was “necessary” to curb the rise in infections caused by the entry of unvaccinated foreign youths. As reported by Maltese English-language media, Abela said: “We are the first EU member state to limit travel for unvaccinated people.” “If we are going to criticize? I don’t divulge any secrets by saying that we have already been criticized by the commission, but we had the courage to take this difficult but decisive decision.” “Our decisions – added the Prime Minister – have always been made on the basis of scientific evidence. That is why we have introduced new measures ». Which also includes the closure, again from next Wednesday, of all language schools, which is one of the main reasons for tourism in the archipelago. The sector association objected, also wanting to make possible appeals. Abela responded that “a decision is necessary if we really want to protect our economy “We have been criticized and will continue to do so, but the lives of the Maltese and their ability to spend are the only things that matter to us.”

See also  “The majority of the non-white planet is with Putin.” Dramatic Scenarios - Libero Quotidiano 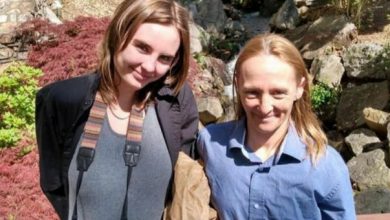 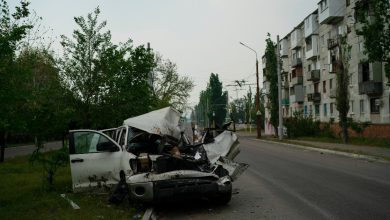 Severodonetsk, a ruined hospital with a red cross on its roof. Cavusoglu Lavrov meeting on grain and the port of Berdyansk reopened