On the podium with a silver medal around his neck: Molinari is second from left

The amazing Michele Molinari, silver in the blue relay at the World Junior Biathlon Championships in Soldier Hollow, in the United States.

The quartet of Iacopo Leoncio, David Zingerli, Michele Molinari and Elia Zinni have shown from the start that they are out there and want to end this extraordinary journey with prosperity. It is the valley of Aosta Iakubo Leoncio that opens the blue quadrilateral dances: a fraction without problems and special difficulties for the 22-year-old who leaves the baton to South Tyrolean David Zengerli in second place only 14“ from Norway and ahead of France. So it was the turn of the Army Sports Center athlete who charged the second polygon a bit, had to use two loads of charge and lost a few precious seconds. Italy changed hands in fifth place, behind the Czech Republic and giants, Norway and France, and the United States. It was Carabinier’s turn of the 2002 Valfurva class of Michele Molinari, who on the first shooting range benefited from the disaster of the Czech Republic (4 laps of penalty kicks for Czech player Abraham Abraham) and US inaccuracy (two laps also for Wesley Campbell) and moved up to third thanks to a performance Truly a master at the shooting range. Molinari closes the break in third, behind Norway and France, and fires partner Ilia Zinni on the final break. It is silver.

All other details and photos, in the comprehensive report on “La Provincia di Sondrio” on newsstands on Friday, March 4th. 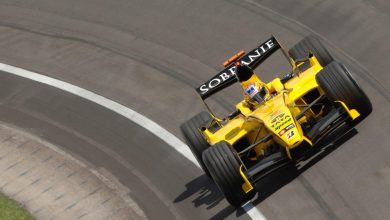