Lewis Hamilton finally signed a renewal of his contract with Mercedes. The seven-time world champion will remain in the gray and green jersey for the time being only until the end of the 2021 season, because the agreement signed today is only valid for one year.

After Lewis broke all records with his seventh title last season, both Hamilton and Mercedes repeatedly stated that the New Deal was a mere formality, but so far no official announcement has been made, fueling the most disparate hypotheses, as well as the team leader. . Toto Wolf revealed last month that the negotiations were extremely complicated in the hands of attorneys.

The announcement came today, and these are the statements of the film’s heroes:

“I’m delighted to enter my ninth season with my Mercedes team-mates. Our team has achieved amazing things together and we look forward to building our success even further by constantly striving for improvement, both on the right track and off track.

A large part of the agreement appears to relate to issues such as adherence to important issues of racism and the environment, an aspect that will materialize with the creation of a joint charitable foundation.

“I am equally determined to continue the journey that we have started in making motorsport more diverse for future generations, and I am grateful that Mercedes has been so supportive of my call to address this issue. I am proud to say that this year we continue this effort by launching an institution dedicated to diversity and inclusion in sport. Everything we can build together has inspired me and I can’t wait to get back on track in March“.

Hamilton, after moving from McLaren in 2013, helped Mercedes win a series of seven consecutive constructors’ championships, a record in Formula 1, and last year he broke the driver’s record with the most wins, surpassing Michael Schumacher.

The two sides were close to sealing the deal after Hamilton won the title in Turkey, but after his absence due to coronavirus positivity, negotiations were suddenly stopped. Hamilton spent the winter in the United States but was in constant contact with Team President Wolf.

“We’ve always been in agreement with Lewis that we’re going to go on, but the unusual year we had in 2020 meant it took some time to finish the process.Wolf explained.

“Together, we decided to extend the sporting relationship for another season and embark on a long-term project to take the next step in our shared commitment to greater diversity within our sport. Lewis’ competitive record is one of the most important the sports world has ever seen, and he is a valuable ambassador for our brand and partners. The history of Mercedes and Lewis has been written in our sport’s history books over the past eight seasons, and we are hungry for competition and adding more chapters to it. “

The original article is dated autosport.com 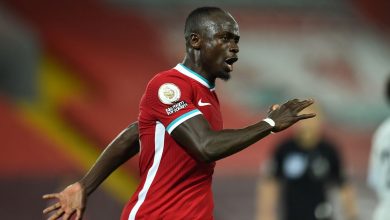 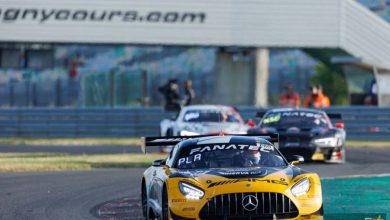