But problems are emerging in translating investment in innovation into impact

The World Intellectual Property Organization (WIPO) has released its new report Global Innovation Index (GII) 2022 from which it emerged that Switzerland, the United States, Sweden, the United Kingdom and the Netherlands are the most innovative economies in the world, while China is close to the top ten as well. Turkey showed excellent performance and entered the top 40 for the first time, and even if it takes a step forward, Italy remains only 28th.

In the annual ranking of the world’s economies in terms of innovation and manufacturing capacity, the Global Innovation Index shows some major changes in the top 15 places of the ranking, with the United States rising to second place, the Netherlands to fifth place, Singapore to seventh place, and Germany reaching the fifteen places First. . Eighth place, China moved up one place to 11th place.

Canada is back in the top 15 global innovators list (15th), Turkey is 37th and India is 40th. Vietnam (48th), Iran (53rd), and the Philippines (59th) are the fastest growing middle-income economies in innovation performance.

ancient continent. Europe continues to be the home of innovation with 15 countries ranked among the top 25 in the rankings. Of the 39 European economies surveyed, 12 made progress in the Global Innovation Index: the Netherlands (5th place),

(38th), Greece (44th), Moldova (56th), and Bosnia and Herzegovina (70th). Europe and Switzerland have the best performing organizations (second only to the world) and are the regional and global leader in innovation outcomes, ranking first in both knowledge and technology outputs and creative outputs. Germany leads the way in human capital and research (second in the world), while Sweden ranks first in infrastructure and innovative businesses also globally.

Many developing economies are performing above expectations in terms of innovation relative to their level of economic development, including newcomers Indonesia, Uzbekistan and Pakistan. 8 countries with strong innovation performance compared to their low-income economies are from sub-Saharan Africa, led by Kenya, Rwanda and Mozambique. In Latin America and the Caribbean, development has been outpaced by Brazil, Peru and Jamaica.

Co-editor of the GII Index and Dean of the Saeed School of Business at Oxford University, Sumitra Dutta, notes that “by increasing innovation performance against shocks to global supply chains, Turkey and India are positively enriching the global innovation landscape, while Indonesia is showing potential promising innovation. Other regional champions, such as Chile and Brazil in Latin America, and South Africa and Botwana in sub-Saharan Africa, have improved their innovation performance.”

The report accompanying the Global Innovation Index shows that “research and development (R&D) and other investments that drive innovative activity around the world continued to grow in 2021 despite the Covid-19 pandemic, but challenges are emerging translating into” innovation in impact on investments.” Indeed, the GII notes that “productivity growth, usually stimulated by increased innovation, is in fact stagnant” and that “despite the recent boom in research and development spending and venture capital investments, the Current technological progress and adoption of new technologies are showing signs of slowing growth. However, with a more careful and attentive nurturing of innovation ecosystems, a new era of innovation-driven growth can unfold, driven by the innovation waves of the digital age and deep science.”

WIPO Director General Darren Tang notes, “This year’s Global Innovation Index indicates that innovation is at a crossroads as we emerge from the pandemic. With increased investment in innovation in 2020 and 2021, the outlook for 2022 is clouded by not only global uncertainty, But also because innovation-driven productivity continues to decline. That’s why we need to pay more attention not only to investing in innovation, but also to how it translates into economic and social impact. For success, quality and value will become as fundamental as quantity and scope.”

See also  From the Pietrasanta Foundries in Washington, a statue of Mary McLeod Bethune arrives in the United States

In 2021, spending on research and development by large companies globally increased their spending on research and development by nearly 10% to more than $900 billion, more than it was in 2019 before the pandemic. This increase was mainly driven by four sectors: ICT devices and electrical equipment. ICT software and services; pharmaceutical and biotechnological products; Structural and industrial metals.

In 2020, global R&D investment grew at a rate of 3.3%, but slowed down from the historically high growth rate of 6.1% recorded in 2019. Government budget allocations to major economies showed strong growth in R&D spending in 2020. For 2021 government budgets Research and development, the picture is more diversified, with spending growing in the Republic of Korea and Germany, but declining in the United States and Japan.

The GII 2022 thematic focus asks: qWhat is the future of innovation-driven growth? The report identifies the potential for two new waves of innovation: “1. A wave of innovation in the digital age based on supercomputing, artificial intelligence and automation, which is about to have significant impacts on productivity in all sectors and areas of scientific research, 2. A wave of deep scientific innovation based on discovery in biotechnologies, nanotechnologies, new materials and other revolutionizing sciences In innovations in 4 areas of fundamental importance to society: health, food, environment and mobility.

See also  The largest dinosaur was found in Australia, it was 30 meters long - Corriere.it

However, GII 2022 warns that “the positive effects of these two new waves will take time before they materialize. Many obstacles must first be overcome, particularly in the area of ​​technology adoption and diffusion ».

Bruno Lanvin, co-editor of the Global Innovation Index and co-founder of the Portolans Institute, concludes: “Productivity is at the core of what we want our societies and economies to be tomorrow, especially if we want to combine higher levels of equality using naturalness. resources in a more logical way. Today, a real revolution is driving innovation. Driven by the waves of the digital age and deep science. We have a collective responsibility to draw lessons from recent crises to put this revolution on the right track and guide it towards the future we want.” 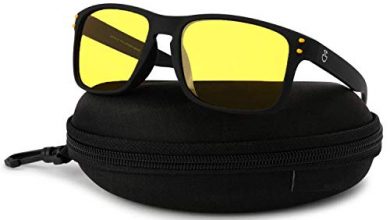 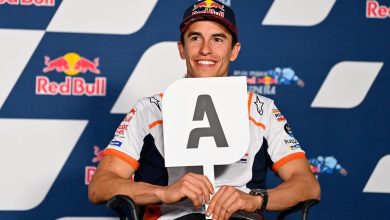 MotoGP 2022. After Silverstone, foreign media relaunch: “Marc Marquez will be in Austria”, but what’s the point of it? – MotoGP 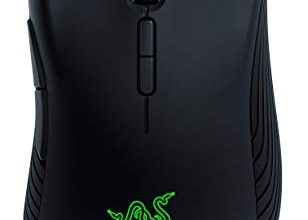