Genoa – Luca Antonelli Deciding to follow in the footsteps of Alessandro Nesta, Andrea Pirlo and Marco De Vaio, he moved to the United States for the latter part of his career. The former Genoa full-back (109 games and 8 goals from 2011 to 2015, before moving to Milan) signed a few days earlier with Miami Fc, the USL team, the second level of the American championship after the flagship. football League.

What prompted you to go and play in the US after your contract with Empoli expired?

“I wanted to have an experience abroad with my family. Once the call came from Miami, I didn’t think twice. My children will be able to learn English and I will be able to improve my language.

Why did you choose Miami to return to play?

“Miami President Ricardo Silva is a Milan fan. I was born as a joke, we agreed right away. I’m glad I wanted to end my career with an overseas experience. And then Miami is a wonderful city to live in. ”

When do you plan to leave?

“I got my visa two days ago, and I’m still waiting for some documents. “We will leave in a few days, once everything is ready.”

When does the tournament start in the United States?

“In early May it lasts until early November. My colleagues are really starting to retreat.”

What are your goals for this season?

“Unfortunately in the USL there are no promotions, no relegations. Many bosses disagree because this will never improve. Today, to play in the main league, every club has to pay $ 125 million. ”

See also  Maitland Niles Day. Against Juventus, he can be key

Will you continue to watch the Italian championship from afar?

“Sure, I like to follow a little of everything, not just the First Division. For example, my best friend, Alessandro Lamborghi, plays Triestina at Serie C.”

With Palardini, Genoa travels at a pace similar to that of a heroes: were you expecting it?

“I wasn’t expecting him to score this average, but I knew the Jordanian would do well. Before it arrived, Genoa looked like a dead team, and now their number will reach a thousand. With Balla arriving, it’s a show. I see the compactness his teams have always enjoyed. I know the coach and his crew: they are extraordinary people. With them, the players are awarded 110 percent. ”

“No way, but very difficult. Inter just won the derby, they are fighting for the Scudetto, but they will face Genoa who can do anything.

Will the Russople be a little distracted by the derby?

“I don’t think so, because they want to make a good impression at the leaders’ house. So of course the derby is a fixed thought. ”

Seven years ago Genoa awarded a victory over Inter twenty years after the last time. Do you remember it?

“I remember everything from that match. We won 1-0 with my head under the“ Global Flood. ”It was a match from Genoa: rain, mud, battle. After Gilardino left, I also wore the captain’s armband. I remember Perrin’s miracles and Gasperini’s jubilation at the end of the match. In Genoa I had an unforgettable and wonderful four years. I could not have left unless Milan called me, which I admired. And it was.

Do you still hear any of your ex?

“I still hear a lot of Perrin and Cristito who were also teammates on the national team and we played together at Rosoblue as well.”

Does Beren deserve the blue shirt?

“Yes, after Donnarumma who is number one in the world, there is Mattia who is doing a very good job. I really hope he can go to the European Championship in June, he deserves it. ” 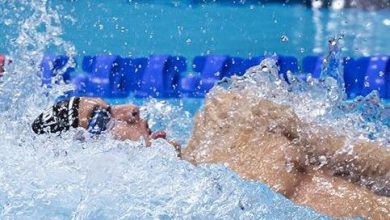 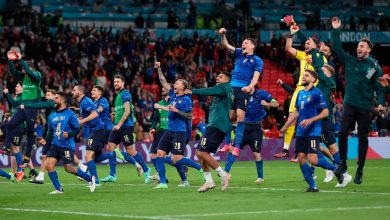 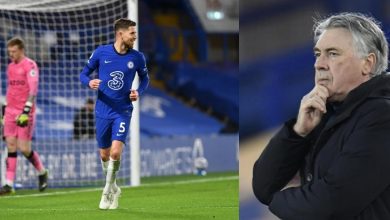 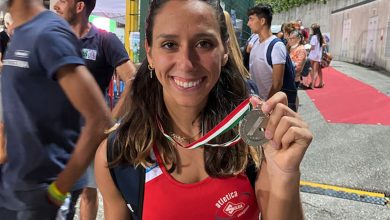