The G7 countries will consider a proposal for London To build a response mechanismAdvertisingFrom Russia. Foreign Minister Dominic Raab said in an interview with Reuters that the United Kingdom had proposed establishing a “rapid response mechanism: when Spreading lies, propaganda or fake news We can interact together To restore the truth not only to the people of this country, but also to Russia and China. ”A proposal comes a few days after the report on disinformation and Covid of the European Union’s External Action Service (Seae). The analysis argues that Russia and China“ continue to intensify the promotion of vaccines around the world ”, And Vaccine Diplomacy follows the logic of a zero-sum game with action.Misinformation and manipulation to undermine confidence in vaccines produced in the West, In European Union institutions and in vaccination strategies in Western Europe. ”“ Both Russia and China – writes Brussels – are using state-controlled media and social media, including official diplomatic accounts, to achieve these goals. ”

Sputnik, the Brazil case, and the European Union’s accusations of misinformation and manipulation. And the vaccination account on Twitter: “It is authorized in 64 countries.”

The Russian campaign to promote the Sputnik V vaccine, especially between December 2020 and the first quarter of this year, accelerated and developed with “a global governmental action that includes state authorities, government companies and state media in almost daily interventions,” the Foreign Ministry explained. The Action Service confirmed that “Russian officials are not only promoting the Sputnik V vaccine, but also engaging in it. Hostile messages, using disinformation to accuse the West and the European Union of sabotaging the Russian vaccineIn this context, the report continues, “the pro-Kremlin media, including the official Sputnik V Twitter account, attempted to undermine public confidence in the European Medicines Agency (EMA) and question its procedures and political neutrality.” All actions taken by Moscow, According to Brussels, “to undermine and fragment the common European approach to ensuring vaccine supply.” However, on the Chinese side, the SEA highlighted how Beijing continued to “promote its vaccines as a“ global public good, ”emphasizing their accessibility, stable supply and presentation as a More suitable for developing countries, as well as for Western Balkan countries. “This kind of positive description of Chinese vaccines.”Contrasts with the negativeRelated to the “Western response to the epidemic” spread by Chinese state-controlled channels that have relied on disinformation Western vaccine safety and the origin of the virus.

Ban on Cuba: Time to end it 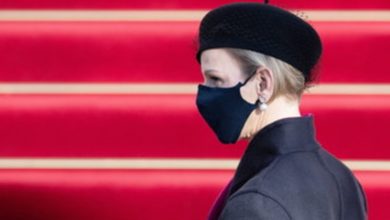