There is also assistant Francesca De Monti, from the Aia Chieti division, among the referees selected for the Women’s World Cup Australia and New Zealand 2023. The FIFA Jury announced the names today after evaluating the quality of their work and the performances displayed in FIFA tournaments, as well as other national and international tournaments in recent years. , in close cooperation with the six confederations.

33 referees, 55 assistant referees and 19 members of the VAR team have been selected to make up FIFA Team One. Also, for the first time in the history of the Women’s World Cup, six women were selected for the VAR team.

“As always, we used quality criteria first. For this reason, the selected referees represent the best world referees – said Pierluigi Collina, FIFA President of the Refereeing Committee – We all remember the Women’s World Cup that was held in France in 2019. The exceptional quality of refereeing contributed to the success of the competition Exciting.In the FIFA Women’s World Cup Australia-New Zealand 2023, we intend to repeat this and once again impress with the excellent performance of the referees.”

The Road to Australia and New Zealand project kicked off in 2020 with over 170 applicants under intensive preparation. However, the pandemic has made preparations very difficult and face-to-face activities have been put on hold for months. In January and February, the selected referees will participate in preparatory workshops, which will be held in Doha and Montevideo, where they will review and analyze video clips from real plays, and they will be trained in practical sessions with the participation of players.

See also  Is it possible to reduce global warming by manipulating the sun's rays?

These sessions will be filmed so that everyone gets immediate feedback from the trainers. The VAR system was successfully adopted at the Women’s World Cup France 2019. Four years later, a 19-member team of video referees will work in Australia and New Zealand’s Aotearoa, including six women for the first time. “Teaching women to video referee was a big undertaking on the Road to Australia and New Zealand project. We are pleased with the outcome. As very few women’s competitions use video technology, FIFA worked to provide women with international experience at the U-20 Women’s World Cup And to encourage member associations in which video technology works to adopt their referees and appoint them to play this role in their matches as much as possible, and a lot of progress has been made in this regard, but we need to work harder, ”Collina added.

To help Francesca de Monti, “good luck from the president Giuseppe De Santis and from the entire regional commission of governors Aya Abruzzo”. 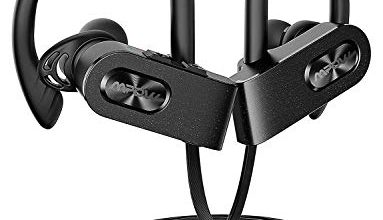