Sebastian Vettel He recovered from Covid-19 and finally the 2022 Formula 1 World Championship could welcome the ex-Ferrari driver, who will make his debut with his car Aston MartinNext day, next to comrade Lance Stroll Australian Grand Prixthe third seasonal date scheduled in Melbourne from 8-10 April.

The first two races are skipped

Vettel tested positive for coronavirus after taking a molecular swab in Sakhir near the opening Grand Prix in Bahrain and also had to miss the next race in Jeddah, Saudi Arabia. Aston Martin announced on Twitter the German’s return: “We are pleased to confirm that Sebastian Vettel is now ready to race and will therefore be lined up with him Lance’s Outing In Melbourne to start his 2022 F1 season at the Australian Grand Prix. ”

Four-time world championHe was replaced by a compatriot Nico Hulkenbergwhich is with the AMR22 She ranked 17th in the first stage of the World Championships and 12th in the second stage in Saudi Arabia. Vettel will now return with his #5 in Melbourne, joining teammate Stroll once again.

Hulkenberg: “I will keep good memories of this experience”

Meanwhile, Hulkenberg has given his readiness to travel to Oceania as well. “We’ll talk about it, I can get close to Australia, so that she can wait and if there is a similar situation, I will already be within range and not in Europe,” the German words were issued to Motorsport.com. “In Arabia, it was also fine for a rusty old man like me! The past ten days have been something unexpected, eventful, demanding and intense, but I enjoyed it. In a few years, looking back, I think I’ll be fond of memories of this experience” .

Mick Schumacher, what a fuss: $1 million in damages on Haas for the Saudi Arabia crash 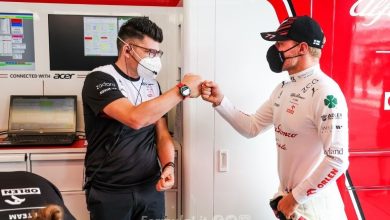