The Ford Interceptor Utility SUV, based on the Explorer model, is the fastest vehicle supplied to law enforcement agencies in the United States, as it can reach a peak of 238 km/h. Waiting for the electric Ford Mustang Mach-E, already tested by the Michigan State Police, which accelerates from 0 to 96 km / h in just 4 seconds and guarantees a race record

The Michigan State Police, in the United States, has long been a reference in testing cars that aspire to enter law enforcement’s fleet of stars and stripes. Results? They are often a staple of assessment across the country. The latest dynamic tests confirm the Ford Explorer Interceptor Utility in the car’s role as the fastest “badge” powered by a 3.0-liter 405-horsepower EcoBoost V6, an SUV capable of shooting from 0 to 60 miles despite its large size (about 96 km/h). h) in 5.5 seconds and reach a top speed of 238 km/h, which is a record speed for cars used by US police.

Not only acceleration, top speed and stopping, but also accurate tests in dynamic situations that simulate chase as the tachometer approaches the red zone. It is in this space that the Michigan police tests move. Derived from the Ford Explorer SUV “Civilian,” the version with custom law enforcement modifications, the Ford Police Interceptor, was the vehicle that scored the best during testing by the Michigan State Police (MSG) in the fall of 2021, Grattan Raceway where 11 A car and four motorcycles, as reported car and driver. The Interceptor is equipped with a 3-liter twin-turbo V6 EcoBoost engine, capable of delivering 405 hp (at 5500 rpm) and 563 Nm of torque, hitting 60 mph in 5.5 seconds and reaching a speed of 100 mph (161 km/h). hour) in 13.5 seconds. The maximum speed, equal to 238 km / h, was reached within 2.5 kilometers. In addition to this engine, the Ford Police Interceptor is available with a 3.3-liter Hev, a full hybrid with 322 hp and 437 Nm of torque, with an electric unit supporting the thermal actuator – this is the first model hybrid vehicle available to the US police forces -, top speed It reaches 219 km / h.

Notable Ford Interceptor Utility values, if you consider the five-seater AWD-equipped SUV has a length of 5.049 meters, width of 2 meters, and height of 1,762 meters. The Ford Interceptor performed better than a sports sedan like the Dodge Charger Pursuit, which is powered by a 375-hp V8 Hemi engine mated to rear-wheel drive: 0.7 seconds at 0-60 mph and 0.6 seconds. hour. The Dodge Charger clocked a top speed of 224 km/h in less than one mile.

Among the latest cars that have entered the Michigan State Police’s “radar” and have been track-tested, there is also a prototype of the Ford Mustang Mach-E, a 100% electric sports utility vehicle, which is the first zero-emission model to pass the same tests (in September 2021). The full results obtained by the Ford Pro – derived from the Mustang Mach-E in GT version – are awaiting publication, but according to car and driver An electric Mustang with two electric motors capable of delivering 486 hp stopped the chronometer at 4 seconds flat (0-60 mph shot) and at 11.9 seconds (0-100 mph), values ​​slightly higher for the road version, due to the Mustang’s larger blocks that Tested by Msp, due to accessory equipment. The top speed of the Mustang Mach-E in “uniform” was 200 km/h in about 2 miles (3.2 km) it was launched.

In the collective imagination, thanks to photos and videos broadcast by the cinema and social networks, another Ford model is closely associated with the Stars and Stripes police departments. This is the Ford F-150 Police Responder, a pickup truck in summer 2021 tests – carried out by the Los Angeles County Police Department, and by the aforementioned Msp – that achieved groundbreaking acceleration values: in the 0-60 mph shot in a time of 5.4 seconds, and 0-100 mph time of 13.1 seconds, and a top speed of 193 km/h. The pickup is powered by a 3.5-liter Ford EcoBoost engine producing 380 horsepower and 637 Nm of torque, combined with an AWD all-wheel drive system and a ten-speed automatic transmission. A full hybrid powertrain will also be offered in the pickup to support the 3.5-liter thermal unit. 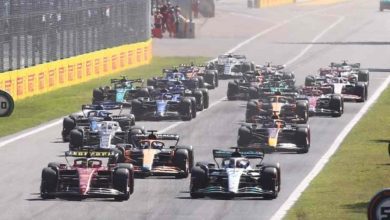 Here’s where to see cars in the next few years 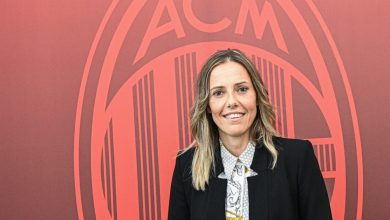 Maldini is also a role model for women. 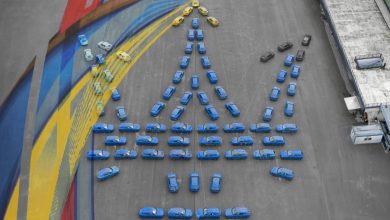 Wally is the most dangerous sniper in the world