After Guarducci’s farewell, Porta Romana has chosen its new manager for the 2022/23 season. Corrado Ingenito will be the technical guide for the arancioneri. So the company chose a young profile (born in 1991), with a wealth of very important knowledge. Born as a player, he played in Serie C2 with Figline, in Serie D and also in the US, in the NPSL Championship. After his career as a soccer player, he obtained a master’s degree in Sports Science and Technology from the University of Florence, collaborating with important realities such as Fiorentina, Valencia and OSA Seattle. He also held the position of Technical Director of the Regional Federal Center in Florence, where he has been since 2020 the Regional Technical Director and from 2021 Liaison Officer Central Italy for the Regional Federal Centers region. Now the new adventure as a Porta Romana coach.

Welcome to Corrado Ingenito – said Lorenzo Tite, Director in charge of the Technical Area of ​​CS Porta Romana – His profile perfectly matches the identity we were looking for. We have chosen a young coach, but with a prestigious approach on a youth and academic level, to assign him a renewed team made up of a mixture of high-ranking youngsters and experienced players who will build the vertical column of the team. We will build a proactive, ambitious and ambitious team that stimulates a sense of belonging with the aim of making a good impression in the Championship of Excellence that we will be participating in for the eleventh year in a row.”

“I am very happy to start this adventure, and excited to make my debut with the greats in an important category like Excellence. From this experience I expect to continue to learn something and make a contribution to Porta Romana. Objectives? Objectives are based on a dictation from the club, we definitely started To do better this year.Personally my commitment is to do everything in my power to create enthusiasm around the group and community, and bring as many people as possible onto the field.Game units?The coach should choose this unit more adapted to the players available.The coach’s first task, out The system of the game, is to give an identity to the team. I love offensive football, which is unpredictable, which knows how to impress. Staying in the opponent’s half for a long time. The ambition is to launch many young boys into football that interests me. I do not like seeing 2004 who feel that they They arrived to be in excellence, at their age abroad there are boys playing in the Champions League. To work at the top you have to work hard and hard. First arrivals? We do not name players, we are looking for players who want to enjoy and participate. First of all, I will follow The kids in these two games The last two crucial ones, and continuity with the youth sector are essential, we start with a collective idea of ​​the team and the community.” 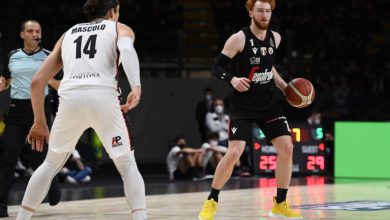