“His heart is no longer beating, he’s gone but we brought him back”: words One Shot by Morten Possen, Medical Director of Denmark, who witnessed Christian Eriksen first hand in the dramatic moments that followed disease in the field During the match against Finland.

After the player’s condition is satisfied, fans and enthusiasts inevitably question themselves On the future of the profession Inter Milan midfielder after what happened on the field.

Sanjay Sharma Professor of Sports Cardiology, Eriksen’s ex-doctor in his Tottenham years, is pessimistic: “This guy had normal tests until 2019, so how do you explain this cardiac arrest? We have to understand. I don’t know if he will play football again. without complacency, It actually looks like he’s deadEven for a few minutes but he died and will the doctor let him die again? The answer is no.”

“The good news is that he will live, the bad news is that he was nearing the end of his career, so he will play another football match at a professional level which I cannot say. In the UK it will not play. We will be very strict about it“.

Daniel Andreini, Head of the Department of Sports Cardiology at the Monzino Cardiology Center in Milan at the Gazzetta dello Sport is not unbalanced: “Back to the field? Hard to say now. Cardiac arrest, if present, does not usually occur in a healthy heart. There is often an organic heart disease that underlies the arrhythmia. It is necessary to reconstruct the sequence of events, but often there is a pertinent reason that jeopardizes a return to activity.”

“We are facing an arrest that may be due to ventricular arrhythmias, to persistent tachycardia. This can happen, despite the controls. In Italy, the controls are much more stringent than in other European countries, not to mention the United States” .

Doctor Roberto Corsetti, a specialist in cardiology and sports medicine, expressed his negative opinion to Il Giornale: “I’m afraid that Eriksen’s return to play is very difficult and complicated. A healthy heart does not enter ventricular fibrillation and does not suffer from a malignant arrhythmia that can be fatal. We are facing heart disease, as unfortunately for other athletes who have died in the past, footballers Cory, Morosini, Foy and Astori or basketball player Vindmini.”

Vincenzo Iracetano, who specializes in emergencies and emergency surgery, at Republica remains a possibility: “Ericsen has certainly made all the visits to Italy and the examination that is done here is not common all over the world. But at a certain time in life there can be similar manifestations without warning. Investigations You will now prove something.”

Return to the field? I think if nothing is revealed from all the investigations, yes. Now it is It’s too early to say, but I’m thinking of goalkeeper CasillasHe returned to training after more than one case.” 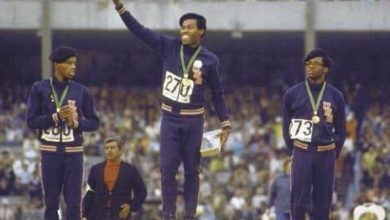 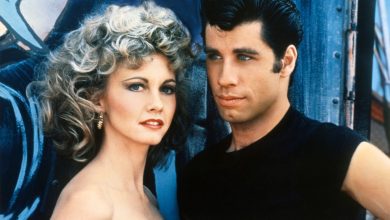 This weekend in 135 US movie theaters, “Grease” will be showing to honor the unforgettable Olivia Newton-John.