The Whatsapp messages handed over by the ex-manager to confirm his accusations are trumped up on the table. This was confirmed by the IT expertise that prosecutors requested in the investigation into the misdirection of Milan’s operations on the energy giant

It’s a sensational fake made by Vincenzo Armana – Now confirms the IT expertise on his mobile phone requested in July by Milan’s Deputy Public Prosecutor Laura Pedio in the investigation of various Eni misdirections of the Milan trials about the energy giant – Whatsapp messages that the former investigator showed the director of Eni (” He always doubled back with the assertions of Eni’s former external environmental lawyer Piero Amara) on his Iphone8 and claimed that he exchanged in 2013 with Eni’s General Manager and today CEO Claudio Descalzi, and with Chief of Staff Claudio Granata, confirming the role attributed to him. This is evidenced by the fact that it was Descalzi and Granata who, in return for a promise to return Eni and the prospect of significant profits through the Nigerian company Fenog, induced Armanna to retract or mitigate their initial accusations of international corruption of Eni. In Nigeria in 2011, it was long appreciated by Deputy Prosecutor Fabio de Pasquale for the purposes of requesting an 8-year prison sentence for Descalzi, then acquitted by the court on March 17 along with all the other defendants (including Armana himself) “because the truth does not exist”.

The story of conversations with Eni executives, raised orally by Armana several times and in various ways (both in the flow of interrogations conducted in the past seven years, and in statements sent to television broadcasts and newspapers), accelerated on November 2, 2020 when a journalist from Happening every dayAfter the interview given by Armana on October 30, it is now understood that he chose as a tool to present the chats with Descalzi and Granata to the Judicial Chamber, having handed over to the prosecutors at the prosecutor’s request copies of the screenshots of the chats covered in the article, which he provided Armana had them in previous interviews and the journalist had photographed them to document that they were indeed on Armana’s mobile phone. Three days later, the Public Prosecutor Paolo Storari (assignee who shared the file with Pedio) asked Armana to hand over the mobile phone, which the Public Prosecutor had not yet seized over the years. A copy of the forensics (with the usual technology across all processes) that Storari is working on is being made at the end of 2020 – beginning of 2021, but that for Eni’s defenses and for Storari chiefs (albeit for various reasons) did not guarantee 100 per 100 photographs of contents and before Everything mobile phone metadata.

It then spawned a process that drags on until, in July 2021, a software for an Israeli company with a division in Munich, and licensed only to Gdf of Rome, extracted all of the mobile data. At that point, Attorney General Bideaux admitted (which prompted protests from Eni defenses who wanted to see everything) that technical advice in the presence of the parties should be limited from a procedural point of view to the honesty or otherwise of Armana’s conversations with Descalzi and Granata. And that question, finally posed to the responsible advisor Maurizio Bedarda, now produces the certainty that those conversations are wrong. So Prosecutor Storari was not mistaken when, at the beginning of 2021, he also included these conversations in the evidence that he believed he had discovered Armana’s defamation (in his opinion he would be arrested with Amara), and that he invited his colleagues to file. For the fairness of the court and defenses in the Eni Nigeria trial: What did Di Pasquale and Prosecutor Sergio Spadaro, who for that reason are under investigation by the Brescia Public Prosecutor’s Office for the premise of refusing to represent an official. In fact, Storari listed an amputation (in some letters that Armana filed in the Eni Nigeria Court of First Instance) to the parties from whom he promised or donated $50,000 between Armand and a crucial witness in the trial to approve his accusations of Eni. by recognizing the alleged Nigerian 007 “Victor”; Random wiretapping of Armanna who purchased some products from Apple customer service, and gave the same phone number (which belonged to a Nigerian employee with whom he collaborated) in those years before switching instead to Attorney General De Pasquale as the phone number of 007 “Victor”; Discovering the indications Arman gave to another witness the day before his cross-examination in the Nigerian rogatory of Prime Minister Bidio; logistical checks in contrast to the 2016 meeting in Rome in front of the “Rinascente” where Armana, together with Amara, claimed that they had received from Granata the points to be retracted before the judges; And – above all – precisely the falsity of the basic theoretical conversations between Armana and Descalzi-Granata.

Falsit which Storari curiously obtained, even before and apart from such complex IT expertise as the present, from the vulgar verification that the phone numbers attributed to Descalzi and Granata in the letters appearing with Armanna, did not exist at the time, resulting in To the “bellies” of Vodafone waiting for the reset, inactive users who were unable to produce any traffic. The argument that for Prosecutor Francesco Greco and his deputy Pedio – as is now evident from their interrogation in Brescia – they did not consider persuasion, objected to the stunned Storari that in theory there could be unspecified secret services (similar to the Eni world) to make it appear in Vodafone Archives. With the shocking result of IT consulting, therefore, what should have been the main external documentary confirmation of the Armanna-Amara declarations along with the position of Descalzi and Granata, investigated for some time to the hypothesis of criminal association aimed at eliminating misdirection, disappears. Now Bedio, and his two colleagues (Stefano Sivardi and Mona de Marco) surrounded by the Greek prosecutor after disagreements with Storari arose, decided in the summer that the Brescia Public Prosecutor’s Office would also investigate Bedio for omissions of his official actions, to determine whether the other elements (in the classified investigation) and running for years) require the same to request that Descalzi and Granata be indicted, or lead to a request that they be separated from Eni’s third anti-trial “plots.” Subsequently, this was confirmed by the sentences and arrests in Messina and Potenza of the prosecutors who acted in Syracuse and Trani in 2016-2016 as an aspect of false texts linked to Amara and Armana in an alleged conspiracy against Descalzi. And after what the Milan Public Prosecutor described in the summer in a notice of the conclusion of the investigation against Armana as an attempt to discredit Armana’s primary defender (Luca Santa Maria) and to initiate disciplinary action (which never occurred) against Public Prosecutor De Pasquale, also in this case through the unfair introduction of Direct in the Judicial Chamber of a series of emails mistakenly sent in 2017 by Armanna to a Sicilian lawyer who forwarded them to one of Eni’s attorneys in the Eni-Nigeria trial coordinated by Eni’s attorney, Massimo Mantovani, Head of Eni’s Affairs Division, Which in turn brought them to the Office of the Prosecutor in light of the preliminary hearing between Eni and Nigeria. 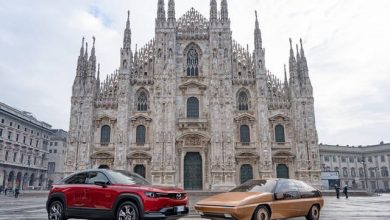 A bond comes from afar The only person convicted is Fausto Giacheto 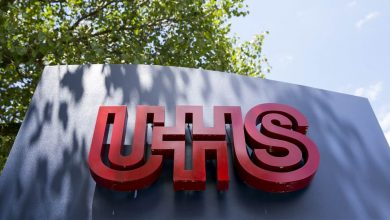 The major hospital system has come under a cyber attack, perhaps the largest in US history 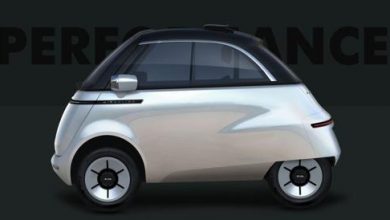