DAZ will broadcast the forum instead of the friendly match between Juventus and Alessandria. Now there is controversy with subscribers of the platform.

The DAZN broadcasting service It was first launched in Austria, Germany, Japan, and Switzerland in August 2016. Its popularity has ensured its spread to other countries as well, such as Canada, the United States, the United Kingdom, Brazil, and Italy. So much so that in the end, subscription to the platform was available in more than 200 countries.

In Italy, the service took off immediately, favored by quality reasonable prices to anyone. This is above all compared to its direct competitor Sky, whose subscription can exceed the budget of many sports fans.

The service offers wide and varied sports coverage that varies from country to country. From us, for example, took the platform i Italian league rights. But what would have been an economic opportunity for fans to watch the Italian championship has turned into a real nightmare. So much so that many are asking for compensation.

DAZN, other damage: Forum instead of match

This weekend, Serie A took a break to give space to the national football teams. But players who did not leave and stayed with their club continued to train before the tournament resumes next week.

Juventus Think about organizing Friendly match with Alessandria. The rights to the match were taken away by DAZN, but something went wrong. At some point, once you connect to the platform, Bianconeri fans found themselves after an episode of the Forum.

It seems something surreal and instead is the reality. Seeing the Canale 5 didn’t last a few seconds, not even a few minutes, but 28 minutes Subscribers wondered what was going on and why they paid for the subscription that was showing them the Mediaset broadcast.

Read also >>> How to contact DAZN? Here’s how to talk to the operator

Needless to say, the web was bleak with many jokes and ironies. After about half an hour, everything seemed to be back to normal, but the indignation and controversy continued to invade The service that seems unable to solve the problems of harming it, because it has now become the norm. 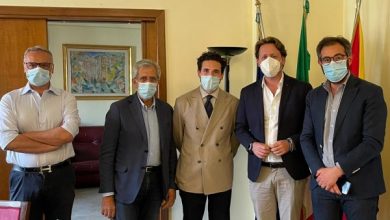