DAZN continues to grow exponentially. According to Reuters, the sports broadcasting platform is close to acquiring BT Sport for approximately $800 million. This way, DAZN will gain access to the TV rights to broadcast English Premier League and Champions League matches in the UK. In addition, the American company was to propose to BT Sport to form a joint venture. The deal is expected to close by the end of the month but subsequent ideas are not ruled out.

One of the main obstacles has been securing deals with rights holders, as well as Sky and Virgin Media from Comcast Corp, which distribute BT Sport’s programming in Ireland and the UK.

Live sports events attract large audiences, and providers of pay-TV and streaming services are willing to pay a premium to broadcast the games. In the United States, the NFL signed rights deals with CBS, NBC, Fox, ESPN and Amazon totaling $100 billion over the next 11 years.

The acquisition of BT Sport will expand DAZN’s reach in the UK and Ireland, although its global expansion strategy has come at a significant cost. In 2019, the most recent year for which information is available, DAZN recorded an after-tax loss of $2.15 billion, which it attributed to continued investment in its platform and introduction of the service into new markets in Spain and Brazil. 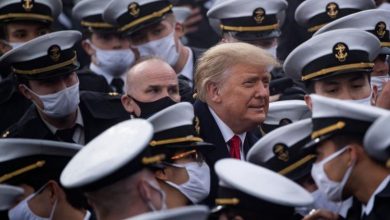 Trump intends to run for Speaker of the House | other sports