picture
Drilling on the frozen surface of Ganymede imaged by the Juno probe with the stellar reference unit (Source: NASA/JPL-Caltech/SwRI) © ANSA/Ansa

Craters and tall structures that could be signs left by tectonic movements: This is how the icy surface of Ganymede, the largest moon of Jupiter and the solar system, appears in the most detailed images ever taken, taken by NASA’s Juno probe In the clip of June 7th. Happening at an altitude of a thousand kilometers, Juno’s flyby was the closest since the time of the Galileo probe, which encountered the large satellite of Jupiter in May 2000.

Thanks to the new images, it will be possible to learn many details about this interesting celestial body, which contains large amounts of frozen water. “It will take some time to draw scientific conclusions, but in the meantime we can enjoy this celestial wonder,” said Scott Bolton, Juno’s chief scientist, of the Southwest Research Institute in San Antonio.
The first two images currently released by NASA were captured by the JunoCam, a small camera designed specifically for educational purposes that can be controlled by the Internet audience, and by the Stellar Reference Unit, a camera that essentially ensures the probe’s path. , and show details with an accuracy of up to 600 metres.

The mission was launched in 2011 with the aim of studying Jupiter and some of its major moons including Ganymede, which was first studied by Galileo Galilei in 1610. Juno reached its destination in 2016 and will continue to collect data at least until 2025 thanks to 9 instruments on board Of which 2 are Italians. Our country made an important contribution to the mission through the Italian Space Agency (ASI), the National Institute of Astrophysics (Inaf) and industrial with investments by Leonardo and Thales Alenia Space Italia.

See also  Be careful where we keep it, we can destroy the heart and brain 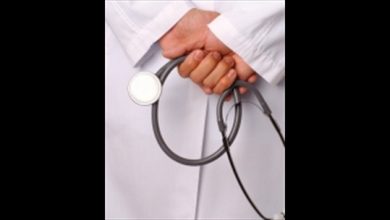 Wii U turns 10 in the West, here are the best-selling games – Multiplayer.it