it goes on Comprehensive examination in China, especially in WuhanWhere the epidemic began and where infections are increasing enough to raise the alarm.

For this, the examination with swabs was started at all 11 million peopleAfter recording 7 new injuries yesterday.

According to what has been reconstructed Global Times A resident of Zhuankou District, who tested positive in a test conducted on Sunday, also infected six other people belonging to a group of tourists from Huaian, in Jiangsu Province.

everyone was in the hospital.

There have been no positive cases in Wuhan since last June.

Meanwhile, the authorities ordered Close all schools, by ordering an accelerated vaccination of students and teachers, while the risk level was raised to medium. Generally in China they are registered 96 new cases.

Meanwhile, while In the UK the infection is still falling, and Scotland is opening up.

In New York, however, it is about to become Vaccine is mandatory for various internal activities. the point.

Scotland, open to reopening from 9 August

With a delay of a few days compared to English Freedom Day, Scotland is also ready to reopen from 9 August, scrapping nearly all recent anti-Covid restrictions.

This was announced by the Independent Chief Minister of the Edinburgh Local Government, Nicola Sturgeonresponsible for health decisions. Meanwhile, in Scotland, there is a decrease in post-peak infections due to the delta variant. Sturgeon said it will remain in force in the country for the time being Mandatory use, and as a precaution, of masks in transport and public places inside the homeContrary to what Boris Johnson decided in England.

The new procedure will take effect in a few days and it is expected Mandatory vaccination for a variety of indoor activities.

As he explained at Mayor Bill de Blasio’s press conference, prevention will be needed Workers and customers of indoor restaurants, gyms and entertainment centers and will come into effect on August 16, with the complete application that has been foreseen by September 13.

It will be called “Key to NYC Pass” And according to de Blasio, that will encourage people to get vaccinated. 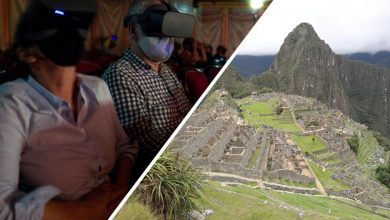 Machu Picchu on a World Tour (and digital): an exhibition that takes the wonders of the world on tour thanks to virtual reality | Peru | USA | Florida | Boca Raton Museum of Art 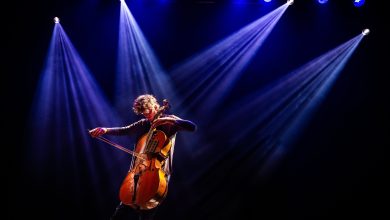