The Chinese Communist Party is taking a hard line against anti-Covid protests over the weekend. The Central Committee for Legal and Political Affairs, at a meeting held on Monday, called for a “crackdown” on “hostile forces,” stressing the need to “expeditiously resolve disputes and disagreements and help people solve practical difficulties.” So Beijing quickly took the thorny file upon itself, issuing an unequivocal warning in view of the coming weekend: “We must resolutely crack down on the infiltration and sabotage activities of hostile forces in accordance with the law, and vigorously crack down on illegal acts and disruptive criminals,” said a report published by Xinhua News Agency. In the evening, matching the tone of the 2019 threats against Hong Kong’s pro-democracy protests.The mobilization of the Chinese Communist Party, in the name of the guidelines of the 20th Congress and “protecting national security and social stability”, was at the highest levels: the commission is China’s main security body and oversees law enforcement, And all the organs of the judiciary. And the intelligence of the dragon. The meeting, chaired by Chen Wenqing (Politburo member and secretary of the same committee), was attended by Wang Xiaohong (Minister of Public Security), Zhou Qiang (President of the Supreme People’s Court) and Zhang Jun (Prosecutor General).

China saw widespread protests over the weekend not seen since the 1989 Tiananmen Square crackdown, sparked by anger and frustration after nearly three years of implementing a strict ‘zero tolerance’ policy on Covid. Some demonstrators, particularly in Shanghai, have also used the protests to demand more freedom of speech, a step back from the Chinese Communist Party and even the resignation of President Xi Jinping, who in October secured an unprecedented third consecutive term as head of the party and then of the state. On the security front, the police have begun questioning the arrested protesters, urging the identified participants to “provide clarifications”, ANSA has learned. On the other hand, London summoned the Chinese ambassador due to the arrest of BBC reporter Ed Lawrence, who was beaten by agents in Shanghai, where, according to videos on social media, the police began checking smartphones for banned applications such as Twitter and the WhatsApp. The pressure also affected Mandarin social media with the strengthening of the Great Firewall. Also in Shanghai, Urumqi Road, the heart of the protests, is now being run by police, as are other sensitive places in Beijing, between Liangmaqiao and Sitong Bridge. Meanwhile, China once again defended its ‘zero tolerance’ line, announcing a new plan to accelerate Covid vaccines in order to further protect the elderly, starting with those over 80. Top health officials have vowed to “correct control measures” for Covid-19 to reduce its impact on people’s lives, blaming local officials for the public frustration. In the first briefing since the protests, Cheng Yuquan, director of the Centers for Disease Control and Prevention, said the lockdown should be lifted “as soon as possible.” Whereas “some problems” are not due to procedures, but to their implementation by local officials who adopt a “one size fits all” approach, without listening to people’s requests. In this tense context, European Council President Charles Michel is expected to arrive in Beijing on December 1 at the invitation of President Xi Jinping: there is a lot of pressure to cancel his trip, Politico reports, to make Europe’s critical voice heard. The right to demonstrate.

China has once again defended the country’s COVID-19 control and civil rights protection measures, responding to criticism of its regular use of long-distance surveillance and security capacity to crush dissent. “China is a country where the rule of law prevails, and Chinese citizens enjoy various rights and freedoms that are fully protected by law,” said foreign ministry spokesperson Zhao Lijian, when asked again in a press comment about the weekend’s protests. He added, “All rights and freedoms must be exercised within the framework of the law.”

China’s top health officials have vowed to rectify Covid-19 control measures to reduce its impact on people’s lives, blaming public frustration with drastic measures imposed by local officials taking a “one size fits all” approach. In Beijing’s first briefing since the weekend’s nationwide protests, Zheng Yuquan, director of the Centers for Disease Control and Prevention, said the lockdown to curb the spread of the virus should be lifted “as soon as possible.” While the “some problems” reported recently, Cheng added, are not due to the measures, but to their implementation by local officials taking a “one-size-fits-all approach,” later noting that some of the controls were implemented “excessively.” , without listening to people’s requests. Officials at the press conference did not address the protests directly, but National Health Commission spokesman Mi Feng said governments should “respond and resolve the reasonable demands of the public” in a timely manner. When asked if the central government was reconsidering its anti-Covid policies, Mi replied that the authorities had “studied and adapted measures to contain the epidemic to protect the interests of the people as much as possible and limit the impact on the people themselves.” Earlier this month, China announced 20 measures to simplify health checks and prevention for COVID-19, correcting “excessive political measures” by local authorities, who are under pressure from Beijing to keep the number of cases in check on their territory. 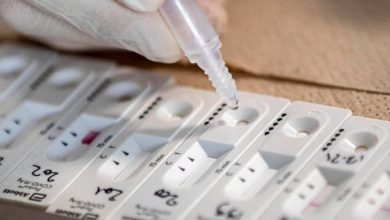 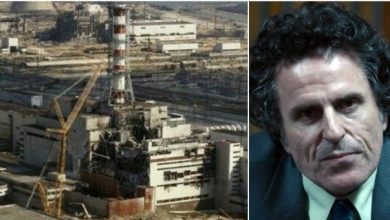