In recent days, the Chinese government has organized an intense propaganda campaign and international pressure against governments, companies and organizations in response to the sanctions imposed by the United States, European Union and other Western countries for human rights violations committed against. Uyghurs in the northwestern Xinjiang province.

Compared to Western countries, which were confined to imposing sanctions, the work of the Chinese government was wider and more aggressive, with the participation of large multinational companies and celebrities, and it shows how the Chinese regime is ready to use its tremendous influence. Economical to achieve their political goals abroad. The story has also become a pretext for a large domestic propaganda campaign, which, with its nationalist tone and some conspiracies, portrays China as a victim of injustice committed by hostile countries.

Earlier this week, the United States, the European Union, the United Kingdom and Canada imposed sanctions on some local officials in Xinjiang, accusing them of being among those responsible for a “widespread program of repression that includes severe restrictions on religious freedoms. Forced labor and mass detention in concentration camps and forced sterilization) And the systematic destruction of the Uyghur cultural heritage. ” As for the United States, sanctions against China are not important news, especially since in this case high-profile figures were not beaten, but they belong to the European Union and the United Kingdom, which have not imposed sanctions on the country for more than thirty years … and who are usually more cautious and careful. Some cases have a submissive attitude toward China.

To highlight that the world’s major democracies have been working together, concurrent with the imposition of sanctions, the Foreign Ministers of Australia and New Zealand issued public declarations approving the Allied action and strongly condemning China: Even this coordinated action is in some ways unprecedented.

China has reacted somewhat aggressively – especially given the overall symbolic value of the sanctions – and it’s not over yet. Instead of responding to the United States, which is revolving around a wider conflict, the regime has focused on its allies, who have rightly been identified as more reluctant: initially to impose rather severe sanctions against politicians, officials and organizations in the European Union, including some centers Researchers as prestigious as German Merics, then did the same with the UK.

The European Union was particularly concerned about this aggressive response, as it had recently concluded negotiations on an important trade treaty with China, and it now feared that the diplomatic crisis would make ratification impossible.

After the diplomatic response, the economic revenge began. The most famous target was H&M, the worldwide Swedish clothing brand: the Chinese Communist Youth League, the main youth organization of the Communist Party, which has a strong political influence, issued an old press release online last year. H&M announced that it no longer wants to stock up on harvested cotton in Xinjiang, due to suspicion of Uyghur workers being subjected to forced labor. And so a very broad boycott campaign was launched, with newspapers and televisions calling on citizens not to buy H&M clothes, Chinese public figures who condemned the company and abandoned sponsorship, and e-commerce platforms removing their H&M clothes from their catalogs.

After H&M, the campaign to defend Xinjiang cotton has expanded, thanks to a combination of concerted action by the authorities and the spontaneous dissatisfaction of the citizens.

Some companies tried to answer clumsily: for example, the parent company of Zara, Inditex, Delete an old press release similar to H&M’s from their site. Muji, the Japanese accessory, furniture and apparel brand, went the opposite direction and made it known through a spokesperson Which is considered Xinjiang cotton it supplies without ethical problems: On Friday, the company’s Chinese e-commerce site introduced a new clothing line called “Xinjiang Cotton”. Other brands, like Hugo Boss, Make statements in defense of Xinjiang cotton.

However, there were several apparel companies that were victims of the Chinese boycott, including Nike, Adidas, GAP, Uniqlo, New Balance and Fila. British firm Burberry became the first high-end fashion brand to participate in the province.

This kind of economic pressure is especially dangerous for multinational corporations. In this specific case, clothing brands found themselves between two fires: In recent months, they have made public statements against the use of Xinjiang cotton in order not to anger the Western governments and the public, but these same statements made them obtain it. In trouble before the Chinese government and the public.

In general, with the deterioration of political relations between China and the West, the willingness demonstrated by the Chinese regime to respond to European and American companies in China creates a virtually unsustainable situation for them. Bill Bishop, China expert Newsletter author ChineseThe message to companies, he wrote, is that “if they choose to be on the wrong side of Xinjiang and other sensitive issues of the Communist Party, their businesses could be destroyed overnight.” It is clear that Western countries cannot stand this kind of threats and revenge.

The diplomatic and economic campaigns were followed by internal propaganda, which, as in many similar cases, had three main characteristics: The first two were nationalism, that is, the defense of Chinese interests, which according to propaganda corresponded with the interests of the Communists. Party, victimization, under which China is being unfairly suppressed through a campaign of intimidation by a handful of Western countries. These two properties are well expressed in Editorial published in the People’s Daily, The main newspaper of the Communist Party.

The third feature is the plot that has become part of Chinese propaganda recently. These days, for example, there is a lot of trading Video A retired US Army officer, speaking at a small conference in 2018, speculated that if the CIA wanted to destabilize China, it could use the Uyghurs. The old video has been circulating so much these days that it was transmitted on Friday by Hua Chunying, a spokeswoman for the Chinese Foreign Ministry, who He described it as evidence From the fact that behind the allegations of human rights violations in Xinjiang there is a secret US government plan. 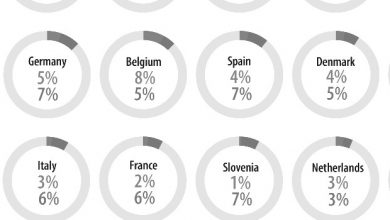 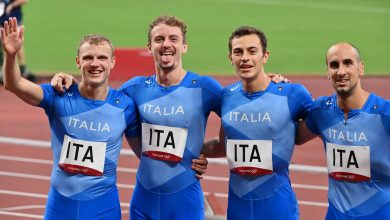 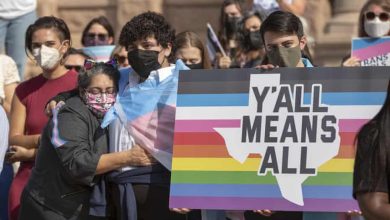 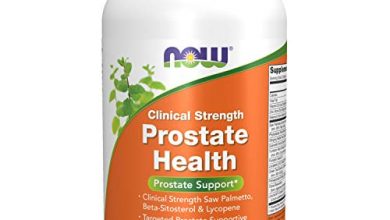