There are those who, like James, risked not seeing each other Employment contract renewal They remain unemployed. The likes of Stephen, on the other hand, have been waiting nine months to get one application Disability pensionInformed consent can be accepted again. Who was rejected a Bank financing In order to purchase a home and he had, even, had already bought that house, but at the time of signing the title deeds, the notary discontinued this practice because “the necessary documents are missing”. They are dozens of stories British citizens I have been in Italy for more than three months, since it became official The kingdom’s secession from the European UnionYou are living in a limbo that is, however, not due to the epidemic, but because of suffocation Bureaucracy Growing up at home forced them to forcibly cut off their lives, making them live in a no-man’s land from which they could not escape until now.

The harassment began on the day that, instead, has been a period of uncertainty and anxiety that has been going on since 2016, from the vote in The Brexit referendum. On the first of January, according to what we read onWithdrawal agreement Between Great Britain and the European Union, “if the host country chooses not to require citizens of the Union or citizens of the United Kingdom and members of their families and other persons residing in its territory under the conditions stipulated in this title to request the new status of residence (As in the case of Italy, ed), Persons eligible for the right of residence under this address are entitled to a Residence document, Possibly in digital form, accompanied by an acknowledgment certifying that it was issued in accordance with this agreement. ” In Italy, this document, not mandatory, is called Residence card, As also specified in the vademecum issued by the Ministry of the Interior on December 23, 2020. However, according to what he confirmed Ilfattoquotidiano.it Facebook group managers Post-Brexit – citizens of the United Kingdom in Italy That collected dozens of stories about hardship among British citizens in our country, he On a voluntary basis. Officially, in fact, British citizens residing in our country are non-EU citizens since January 1, but based on the withdrawal agreement they have one Private situation This ensures that you do not have to worry about, among other things, asking Residence permit.

See also  Germany, Nazi concentration camp secretary Stutthof goes to the bar at the age of 95: she's accused of complicity in 10,000 murders

However, this intermediary situation has put tens of thousands of them in Forgotten Which has caused great inconvenience due to the failure to modernize public administration systems: “After the final exit of Great Britain from the European Union, we are always required to have a residence permit – follow the Facebook group managers – but nobody owns it, we cannot get it. That we can obtain a residence card and practices and it is a renewal patent, Opening a The purchase tax, Regeneration Health insurance card Otherwise, they are banned because the computer system only gives the option to register as a community citizen, we are no longer, or a non-EU citizen, who nevertheless requires a residence permit. ”

Exactly what happened MosquesBritish citizen married to an Italian and lives in Bari province. At the beginning of the year, his employer offered him contract renewalBut when the job advisor tried to register him, problems arose: “The system requested a residence permit number, but my husband was unable to obtain it – his wife Patti tells Ilfattoquotidiano.it – My husband then presented the employer with his residency certificate, which showed that he was staying here before the transition period, but the problem was technical. Either he is registered as an EU citizen or as a non-EU citizen by submitting a residence permit. But it is neither this nor that. ”Then the family turned intois yoursEuropean Job Mobility Portal, in an effort to unblock the situation: “My husband was unemployed, but they told us that we will have to apply for this residence card, even if the IT systems do not provide it.”

See also  France, a drone kills sheep and the shepherd destroys them: on trial

Even if you decide to request the new document, which must remain on a voluntary basis, the problems will not be resolved: “Many of us have gone to Police headquarters Local people (As indicated in vademecum issued by the Home Office, editorRequest this document. Of all of those we’ve heard, none have succeeded in getting it, as the operators often don’t know what actions to take. It is a document not yet available. Some members of our group have been told this All practices have been suspended Waiting for calls. ”Now, they say,“ after some initial problems, the appointment booking system is open, although there is often a wait of a few weeks and in some cases months. Cards are not yet available This may take a few months to “wait.”

James still managed to resolve his situation: “We haven’t got the card yet – Patti concluded – but thanks to the Eures procedure last week, we were finally able to register the contract with a Department of Labor-approved temporary waiver. He lost three weeks’ wages“.

Things did not go well a StevenOn the other hand: “In September, the procedure for requesting a disability pension began,” he says Ilfattoquotidiano.it – In November, the application was accepted but a month later, in light of the Brexit agreement, I was told that this question, which was asked when the UK was still formally part of the union, was no longer valid and that it was on me. To start over. So in January I placed the order again, but due to a problem with the computer system, that was impossible. So I applied to Grosseto Police Headquarters To get a residence card, but it was not possible to get the document, so my application ended again in March. ”Double joke, he explains, because if it is still impossible to obtain a residence permit on the one hand, it is uncertain on the other hand that This document will be able to resolve the situation, given that the Italians have not yet thought about it. Information Technology Systems: “Frustrating, especially because Nobody can give you specific answers. I don’t have a job, but I’m lucky enough to own a home and live with my husband. But if the person is alone, he might have rent to pay, how can he solve such a situation? “.

More than three months after the end of the transition period, many people are deprived of the gods Basic rights. Leaving someone without a salary because employment contracts cannot be registered and a VAT number cannot be opened, and some are without it Health services Because the card cannot be issued or renewed. Moreover, theOut Failure to pay pensions or social benefits, there are difficulties registering a Phone contract, Impossibility in Buy a houseOr renew or register a new account rent, Buy aCar Or rent, apply for citizenship, etc. It is a situation that prompted many of them to seek refuge in their embassy in Italy, which, as they say, “can only encourage them. It must be dealt with by the Italian institutions.” 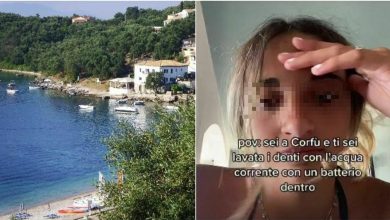