Boxing Night is back at the Allianz Cloud in Milan, and Danielle Scardina is back. The boxer from Rozzano, but stationed in Miami, returns to the ring to make a round figure: He’s fought – and won – 19 times as a professional (15 KOs), and success would be a sine qua non, even if it wasn’t. Enough to keep thinking big. “My dream is to fight for the world title in Italy,” he comments. At the moment it is not very easy, given that at the top of the supermedium class is Canelo Alvarez (at the moment perhaps the best in the world pound for pound), who will try on November 6 to complete the project of unifying the four belts (Wbc and Wba and Ibf and Wbo) facing the Caleb plant. But apart from the Mexican, it’s a thriving moment for the entire class: “Having so many valuable boxers means being able to put up many great matches. In the US (Scardina and her trains live in Miami, editor) there’s a lot of talking about Edgar Berlanga, because he’s a hardly hitter. He always wins before the max. In my opinion, he is also an excellent boxer from a technical point of view. We will stay with my team every opportunity.”

Right to shoot to the max anyway, but in the meantime there’s a fight, Friday night, against German Jürgen Doberstein (26-4-1 by KO 7) for the vacant WBO Intercontinental middleweight title. For Scardina, who in the past three and a half years has won the FIFA title (twice defended) and the UEFA title, moving up the rankings (he is No. 13 for Ibf and Wbo and No. 15 for Wba, while in Europe she is No. 4), winning means Climb one more step. This required a step forward also technically compared to the last match, which he won before the max against Cesar Nunez, but, perhaps also due to the malice of idleness, rider Rosso faced – and overcame – moments of certain difficulty.

“In Miami I trained with excellent sparring”

“I have seen some Doberstein fights and I must say he is a good boxer. But I trained well, at 5Th Street Gym in Miami, as always, I had excellent racing partners because the level of professional boxers who attend the gym is very high. I am sure The win on Friday night. Also, seeing that, every time, there are more and more spectators, I am very pleased. I want to continue on this path.”

Boxing, Scardina suffers but wins by strength: Nunes Cote in the eighth round

Patera-Boschiero stands out with many meetings

Milan Boxing Night, organized by Opi Since 82-Matchroom-DAZN, will be broadcast live on DAZN. Other games are also very interesting. In our opinion, the match between Francesco Patera (23-3 with 8 checkpoints) and Davis Buchero (48-6-2 with 22 checkpoints) should be followed with special interest, with the WBO lightweight intercontinental title at stake. The first, a Belgian of clear Italian descent, a former European champion, a boxer with undoubted technical skills, also took the European title of the category and from his age (28 years) much less than his opponent. But the good Boschiero at 40 springs still wanted to amaze. He was also a former European champion, but we, even if unfortunately this is not officially the case, we consider him a former world champion. The World Championship match in Japan against Takahiro Ao, for which the jury awarded points, was an all-round sporting theft.

See also  Orlando Magic will have a future training center

There is also an Italian address

Also in the program is the Italian welterweight title between Nicolas Esposito (14-0 with 5 points) and Emanuele Cavalucci (12-3-1 with 4 Kos). Then again. Nigerian superstar of Novara Samuel Nmomah (15-0 with 4 KOs) against Irish champion Craig O’Brien (12-2 with 1 KO), giants Vincenzo La Femina (9-0 with 4 KOs) against Ukrainian expert Oleksandr Egorov (20-6- 1 with 4 cos). Finally, a space for the Albanian-American middleweight featherweight (10-0 with 7 points), and in the women’s field, Britain’s Sandy Ryan (1-0). 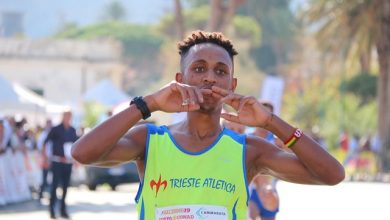 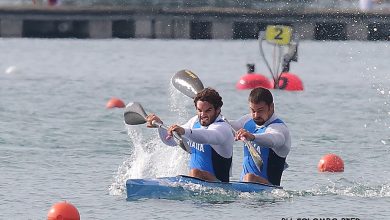 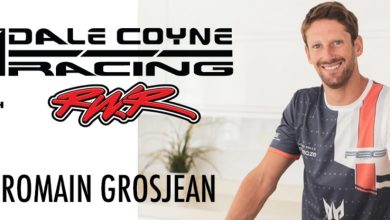