Australian Foreign Minister Maryse Payne Cancel Two agreements concluded by the state of Victoria (which is located in the south, with the capital, Melbourne) with China: both were part of Belt and Road Initiative, Which is a huge Chinese project that includes large investments in infrastructure around the world (also called the “New Silk Road”). Cancellation is possible on the basis of a new law Australia, approved in 2020, which allows the Secretary of State to veto international agreements signed by states, local governments and public universities.

The two agreements were signed by the Prime Minister of Victoria, Daniel Andrews, in 2018 and 2019, and were a result of each other, even if they did not yet specify the infrastructure in which China will cooperate with Victoria. The Chinese embassy in Australia criticized the decision to cancel it, describing it as “another unreasonable and provocative step” by Australia. China has warned that it will provoke. “Serious harm»To the relations between the two countries that were in the past year Much worseIn April 2020, Australia requested an international investigation to ascertain Chinese responsibilities for the coronavirus pandemic, and China responded by imposing new trade tariffs and suspending some imports from Australia, including wine and beef.

Also read: Why is China building half of the world’s infrastructure? 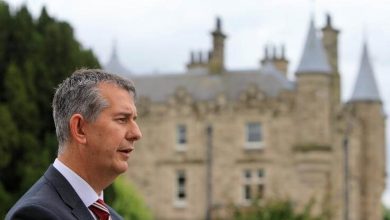