What do we know about hybrid cars? They are more and more popular, but discovering some details will undoubtedly surprise you

Electric cars, hybrids, in general “green” are experiencing rapid and continuous development in the automotive world. The European Union dictates the line and car manufacturers are adapting quickly. But the audience seems to like it. But what do we know about hybrid cars? It is best to inquire before purchasing.

Electric vehicle sales grew in 2021 and have remained strong so far into 2022. But ensuring future growth will require greater efforts to diversify battery production and critical metal supplies to counteract rising prices. And it is, as we know, a very persistent problem now.

Sales of electric vehicles (including hybrid and all-electric vehicles) doubled in 2021, reaching a new record of 6.6 million. Despite the tensions along global supply chains, sales continued to grow strongly in 2022, with two million electric vehicles sold worldwide in the first quarter. Three quarters more than the same period the previous year. The number of electric cars on the world’s roads by the end of 2021 was about 16.5 million, three times the number in 2018.

It is not just a Chinese phenomenon, as it happened in the beginning. Sales also grew strongly in Europe (up 65 percent to 2.3 million) and the United States (more than doubled to 630 thousand).

How do hybrid cars work?

It is clear that significant help has come and is coming, at least in Italy, from the incentives the government is allocating for green cars and motorcycles. In fact, the ecobonus.mise.gov.it platform has been active since May 25, where merchants can book contributions. For incentives, 650 million euros have been allocated for each of the years 2022, 2023 and 2024, which are among the resources approved by the government in the Auto Fund which is expected to total financial endowments of 8.7 billion euros until 2030. In particular, €650 million for 2022 is broken down as follows: €220 million for electric vehicles, €225 million for plug-in hybrid vehicles, and €170 million for low-emission, endothermic engines.

In short, there is also a huge focus on the hybrid car. But what do we know about hybrid cars? First we give a definition: uA hybrid vehicle n combines at least one electric motor and a gasoline engine to allow the vehicle to move. Sometimes they take turns, sometimes they work at the same time. The additional power that comes from the electric motor may eventually allow a smaller motor to be used, compared to pure electric vehicles. These are the so-called “plug-ins”.

In hybrid vehicles, the power comes from a high-voltage battery that is powered by capturing energy from braking. It is the so-called “regenerative braking” system. Despite what many believe, a hybrid electric car cannot be connected to the grid to recharge the battery. This possibility is granted only to “electrically connected” vehicles, which can be connected, both to sockets scattered throughout the territory, and to those in the house or in the office. Thus, the autonomy, in some cases, reaches 80 kilometers.

But how do the motors rotate? In general, the electric motor works when moving at low speeds. While the combustion is activated automatically with increasing revolutions. Energy saving is due to the fact that when the car is stopped, the engine is automatically turned off, to reactivate when the new movement is made. Electric motors and combustion engines are connected by a common transmission. This is the most widespread system, which is used, among others, by brands such as Toyota, Kia, Ford, Honda and Nissan. 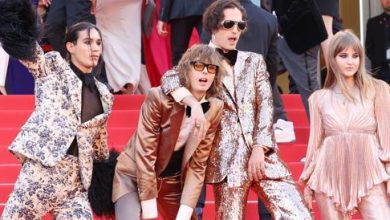 Måneskin, boom in sales volume (and 3.5 million in current account) in the range safe- Corriere.it 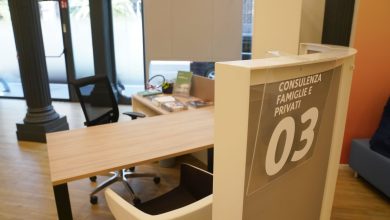