A sign of the true Olympic spirit was given to the world today by two practitioners of one sport, judo, which they have utterly opposed in recent days. At the end of the +78kg Women’s Challenge of 32, Saudi Arabia’s Tahani Al-Qahtani and Israel’s Raz Hershko, 23-year-old Hersko aka ‘Hercules’ who won the EPON, raised her right arm from the opponent in the gesture that is used to honor the competitor’s value. Therefore, Tahani Al-Qahtani did not like the Algerian Fathi Norine and the Sudanese Mohamed Abdel Rasoul, who both retired in the weight of 72 kg in order not to face the Israeli Tohar with a drum. For this they were suspended by the International Judo Federation. The same match that was issued today, after what happened between Al-Qahtani and Hershko, a note confirming that “The match match between Tahani Al-Qahtani and Raz Hershko took place regularly and represents an important step forward in the sign of respect and friendship by showing the extent of the sport. It can transcend any political influence or external influence. On Olympic values. 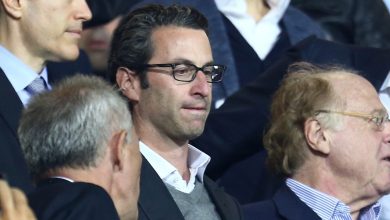